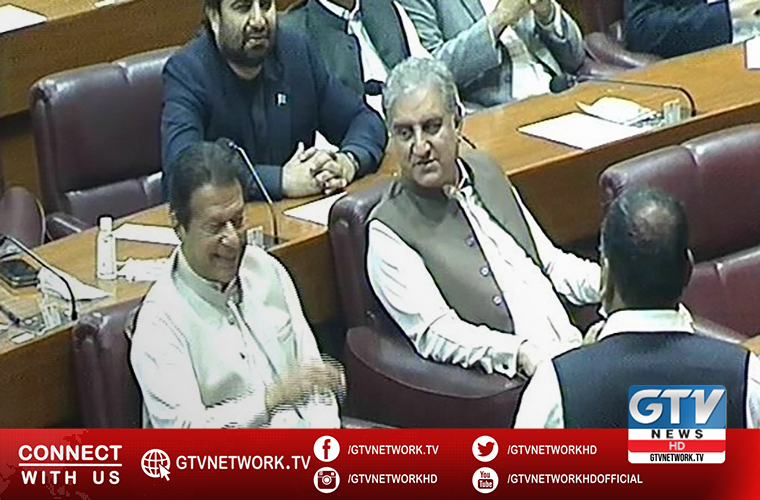 As many as 178 Members of National Assembly voted in favour of resolution reposing confidence in the Prime Minister.

The speaker announced the results amidst thumping of desks.

Besides, members of PTI and its allied parties as well as the PTI supporters present in the lobbies raised slogans.

Later, in his ruling, the Speaker said consequently the Prime Minister has obtained the vote of confidence.

He further stated that the voting shows Imran Khan commands the majority of the Lower House.

On the occasion, the Speaker also pointed out that the Prime Minister had secured 176 votes.

But now he h got two votes more than he secured as leader of the House in 2018.

Earlier, National Assembly Session held at the parliament house in Islamabad on Saturday.

On Friday, Minister for Information and Broadcasting Syed Shibli Faraz has predicted this result.

While talking to the media in Islamabad on Friday evening, he expressed the hope that the PM Imran Khan will easily get vote of confidence.

He expressed those views after parliamentary party meeting of Pakistan Tehreek-e-Insaf and its allies.