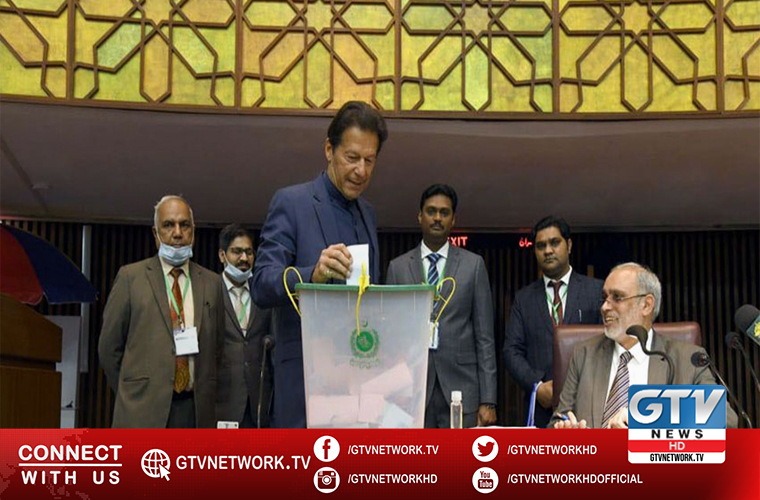 The polling which started at nine am continue till five pm.

Polling on thirty-seven vacant seats of the Senate continued at the parliament house and three provincial Assemblies, including Sindh, Khyber Pakhtunkhwa and Balochistan.

In the federal capital, the National Assembly hall declared the polling station.

Shafiq Arain became the first one to cast the vote, while Faisal Vawda followed him.

During his visit to the Assembly hall, he also interacted with the MNAs of PTI and allied parties.

Other prominent figures who have so far cast their vote include Foreign Minister Shah Mahmood Qureshi and Minister for Planning Asad Umar.

Minister for Communications Murad Saeed, and Minister for Science Fawad Chaudhary came next in line.

In the federal capital, Abdul Hafeez Sheikh of PTI and Syed Yousaf Raza Gilani of PPP are vying for the general seat.

For the women seat, Fauzia Arshad of PTI and Farzana Kausar of PML (N) are contesting to become Senator.

According to reports, the MNAs and MPAs are voting to elect 11 senators from Sindh and 12 each from Balochistan and Khyber Pakhtunkhwa.