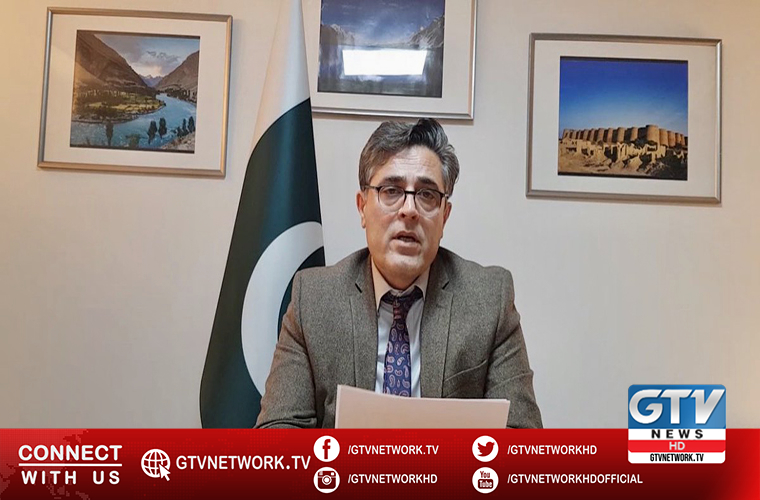 Pakistan at UN raises the issue of Indian crimes and abuses in IOJK Indian Illegally Occupied Jammu and Kashmir (IIOJ&K).

Second secretary in the Pakistan Mission to the UN in Geneva, Junaid Suleman drew the UN Human Rights Council’s attention.

Pakistan at UN raises the issue of Indian crimes and abuses

He raised the issue, while speaking at the Council. He drew attention to New Delhi’s failure to respond to the widely reported grave human rights abuses that evoked international condemnation.

The diplomat made the remarks in exercise of his right of reply after an Indian representative made allegations about Pakistan’s involvement in terrorism.

He further said that India has failed to hide its brutal repression of Kashmiri people.

Junaid Suleman said India was trying to hide behind the self-serving smokescreen of terrorism but failed.

Furthermore, the Pakistani envoy said from forced conversion to arbitrary denial of citizenship rights, and from state-sanctioned communal violence to apartheid policies, the BJP-RSS regime has now codified the choice between extermination or total submission for India’s minorities.

On the other hand, Pakistan Army Chief reiterated commitment to peace and stability in the region.

However, he also emphasized to have to remain vigilant and steadfast to thwart hostile attempts to create chaos and reverse the gains of Operation Radd-ul-Fasaad.