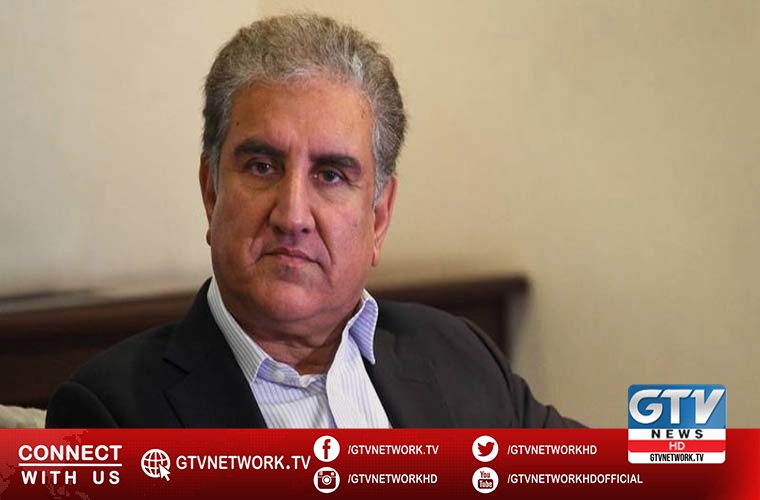 He said this in a televised statement on Saturday.

He said Pakistan wanted to resolve its issues with India through peaceful dialogue.

Furthermore, he and desired resolution of the Kashmir dispute according to the United Nations Security Council resolutions.

Pakistan wanted dialogue with India but it could not ignore the human right violations of Kashmiris and wanted talks on the Kashmir issue in line with the UN Security Council resolutions, he added.

The minister said Pakistan had no aggressive designs but if Balakot will be repeated Pakistan knows how to defend itself.

On February 26, 2019, he said India attacked Pakistan, crossed our borders and bombed Balakot and told the world that it attacked a militant camp and killed about 300 terrorists.

Today the facts were before the world that there was no militant camp and no terrorists were killed there.

It was a drama staged for political objectives and for success in the elections and to retake the lost status in politics, he noted.

He said the drama of Pulwama was staged and the conversations and Whatsapp messages of Goswami and Dasgupta showed that it was planned and it had political objectives.

On February 27 Pakistan gave a measured and dignified response. “We did not want to increase tension but we wanted to make it clear to the world that that we are determined and we have the capability to defend ourselves.”

He said, “We defended our borders and our sovereignty but we tried to avoid loss of life . We shot down their two planes and later on we immediately released one of their pilots as a gesture of goodwill and the world appreciated it.”

He said the world recognized that Pakistan desired peace, adding when the government of Pakistan Tehreek i Insaf (PTI) was formed, Prime Minister Imran Khan issued a statement that if India took one step, Pakistan would take two steps towards peace.

The world knew that Pakistan government opened the Kartarpur corridor and its aim was to promote interfaith harmony and goodwill. “We opened path for Sikhs from all over the world so that they can come and visit their sacred Gurdwara.”

The minister recalled that on August 5, 2019 India took some steps but these steps were completely rejected by the Kashmiris on both sides of the Line of Control (LoC).

He said today saner elements in India realized that those steps were illegal and one sided and these steps further complicated the already worsening situation in the occupied Kashmir and now Kashmiris were more furious.

The civil society, intellectuals and secular section of Indian society was now stressing that India’s Kashmir policy was a failure and it was losing the fight for hearts and minds and it had to review its Kashmir policy, he commented.

Qureshi said the violations of human rights had increased in the occupied Kashmir.
The violations along the Line of Control had alarmingly increased and situation could affect peace and stability in the region, he added.

The minister said the issue of Jammu and Kashmir was discussed four times in the United Nations Security Council. Imran Khan as ambassador of Kashmir in his address in the UN General Assembly presented Kashmir issue before the world.

The United Nations Human Rights Council had published two reports in 2018 and 2019 and the third report was expected, he informed.

The minister said UN Human Rights Council in its six communications with India expressed concern over situation in Kashmir. The Organisation of Islamic Cooperation criticised Indian over its steps in occupied Kashmir, he added.

He said the Parliaments in United Kingdom and European Union also raised the matter of violation of human rights in Indian Occupied Kashmir. The international media wrote 1500 op-eds and articles and criticised India.

He said the Director General Military Operations of India and Pakistan made a contact and agreed to follow the 2003 ceasefire agreement about the Line of Control (LoC).

The international community had appreciated the decision of both countries about the Line of Control ceasefire agreement.