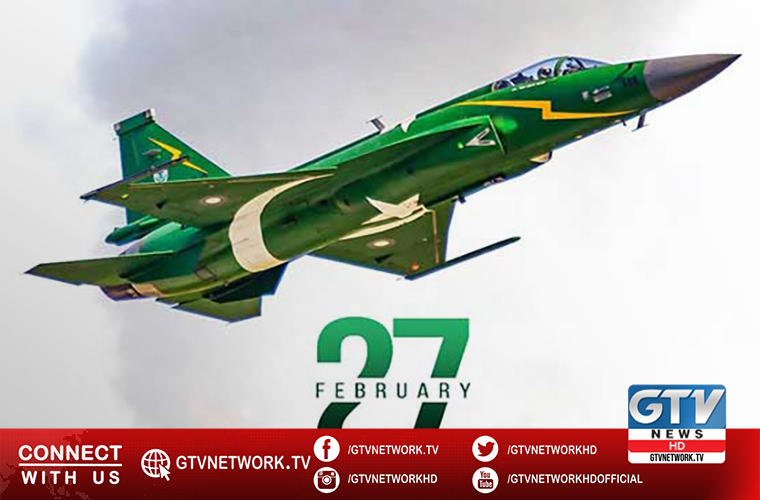 The valiant Shaheens of Pakistan Air Force defended the motherland while retaliating to Indian Air Force violation of its sovereign territories on this day in 2019.

India violated Pakistan’s airspace and had merely harmed a few trees and a wild Crow.

But Pakistan had shot down two Indian fighter jets namely MiG-21 and Su-30.

Besides, the Pakistan Army also caught then-pilot Wing Commander Abhinandan Varthaman after his safe ejection and falling into the Pakistani side of the line of control.

He expressed these views, while addressing a special ceremony on the occasion of second anniversary of Operation Swift Retort.

PAF ready to respond to enemy

He said PAF stays ready to respond with full force as per the aspirations of the nation.

However, he made clear that our desire for peace must not be misunderstood and in case of any misadventure our response would be swift, resolute and unwavering.

The Air Chief said Pakistan Air Force living up to its legacy yet again made its mark through professional excellence and valour on 27 February 2019.

Moreover, he also reiterated that we stand with our Kashmiri brethren in their just struggle for right to self-determination.

He noted it a time to end the atrocities which India is inflicting on innocent Kashmiris in Indian Illegally Occupied Jammu and Kashmir.

Earlier, Air Chief Marshal Mujahid Anwar Khan inspected a guard of honour and a flypast, at the ceremony.

President underlines success of nation against challenges since independence