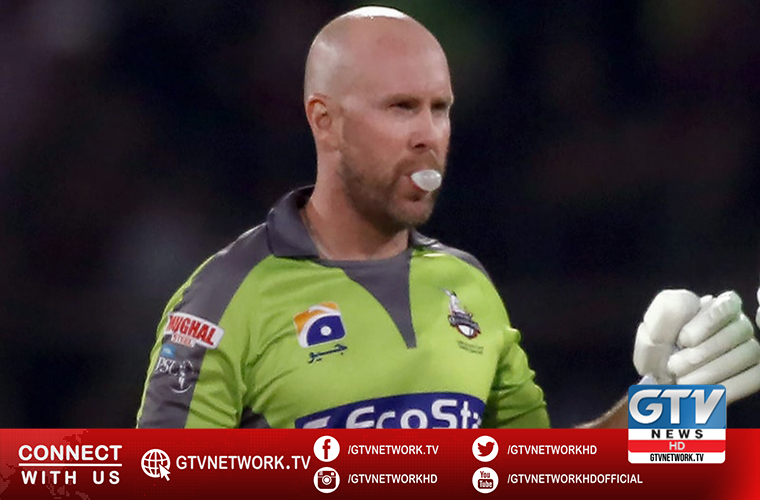 He also raised hopes for Australia’s next year’s tour to the country as amazing for the people of Pakistan as well as for the players.

As per schedule, Australia would tour Pakistan for two Tests, three ODIs and as many T20Is.

That will come as their first tour to Pakistan since 1998.

Asked would he give a thumbs up if Cricket Australia takes his opinion on safety and security in Pakistan, Dunk was positive, “I think 100 per cent. In my four times to Pakistan, I have never felt unsafe”, he said on Friday.

“The security around the hotel, to and fro the games is simply amazing. I think it would be awesome for the people of Pakistan to have the Australian team touring here.”

England and New Zealand are also due to visit Pakistan later this year.

Dunk is part of Lahore Qalandars for the second time after featuring for Karachi Kings in 2019.

The 33-year-old Queenslander, who played five T20Is for Australia between 2014-17, hoped Covid-19 situation improves by the time Australia travel to Pakistan in February next year.

“We saw South Africa come just before the HBL PSL 6. Hopefully, by that stage the Covid-19 situation around the world and here in Pakistan would allow a significant crowd.

It would be an amazing experience for the Australian boys to play in front of the Pakistani home crowd.

“I have been really fortunate to have played in front of some amazing crowds and my memories will last for a long time. The same will be for the Australian players to play Test cricket here.”

Dunk said he has always enjoyed his visits to Pakistan.

“This is my fourth time in Pakistan. The hospitality is great and the food is great. I am really fortunate that I am being embraced by the local people. I am getting incredible support and welcomed by all.

“I always look forward to coming back to Pakistan.

Lahore Qalandars’ two wins in their first two matches saw them top the ladder. They opened their HBL PSL 6 campaign with a four-wicket win over 2017 champions Peshawar Zalmi and made a strong statement with a commanding nine-wicket win over Multan Sultans.

Lahore Qalandars’ fortunes changed last year when they first secured their maiden qualification in the play-offs and went on to play the final with Dunk’s batsmanship playing a pivotal role. Dunk knocked 300 runs at an impressive strike rate of 167.59.

Praise for the team Pakistan

“The great thing about last year’s team was that everybody contributed to the wins. I was fortunate to play couple of innings and played my role for the team. We have so many stars. Shaheen (Shah Afridi) was amazing, skipper (Sohail Akhtar) was amazing, (Mohammad) Hafeez was brilliant, so literally everybody in the team, at some stage, contributed to the wins and that’s what made us a good team.”

Dunk was in ruthless form as he smashed 23 sixes – the most in the tournament. He castigated Quetta bowlers at Gaddafi stadium with a blistering knock of 93 off just 43 balls. That innings was spiced with ten sixes and three boundaries.

That was improved to 99 not out off just 40 balls against Karachi Kings, also in Lahore. Dunk created a new record for most sixes in an innings in a HBL PSL match with 12 hits over the ropes. That helped Lahore chase a stiff 188-run target.

But once the HBL PSL resumed for play-offs after a Covid-19 break, Dunk lost his form. He managed scores of 20 and three in the play-offs. Lahore needed him to shine in the final against Karachi but Dunk fell for just 11.

Lahore lost the final by five wickets to Karachi, falling at the last hurdle in a hugely transformed campaign.

“Lahore is amazing,” said Dunk of the city where this year’s last 14 matches, including the March 22 final will be played.

“It was my first time to Lahore for the group stages last year. Obviously, playing before the packed stadium there and getting the team over the line and playing some good innings, was fun to make people go excited..

“The home fans were amazing and noise was something that I will never forget. I feel really, really blessed and lucky that I am playing for Lahore and we have such great fans.”

Dunk is as much excited this time too.

“I am really excited. We have such fond memories of last year and that we came so close (to the title). I guess what adds to that is the support of the crowd.

“I am hopeful that in this tough year for the people around the world we, as cricketers, can bring smiles back on people’s faces who are watching the matches on television here in Pakistan and around the world.”