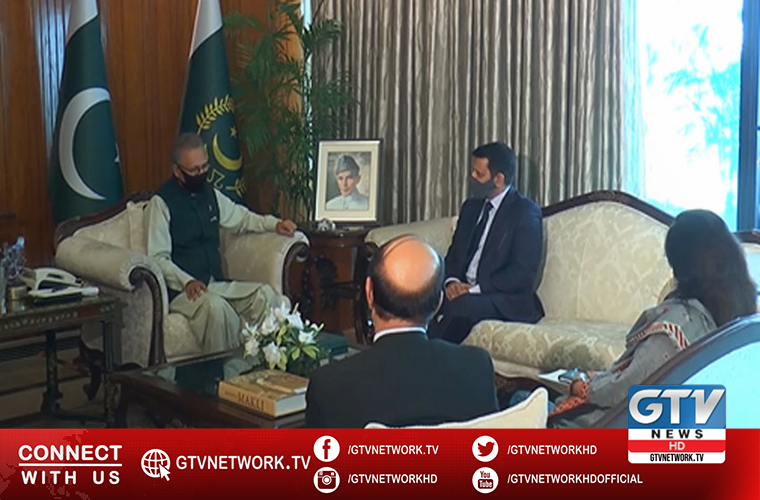 He said this, while talking to Pakistan’s Ambassador-designate to Uzbekistan Syed Ali Asad Gilani.

He also mentioned politics, trade, economy and culture among those areas of bilateral interest.

Furthermore, he underlined the need for high level visits, parliamentary exchanges and ministerial contacts between the two countries.

The President asked the Ambassador-designate to put in his best efforts to promote economic and trade ties between the two countries.

He asked him to ensure increase Pakistan’s exports to Uzbekistan and strengthen cultural relations with Uzbekistan.