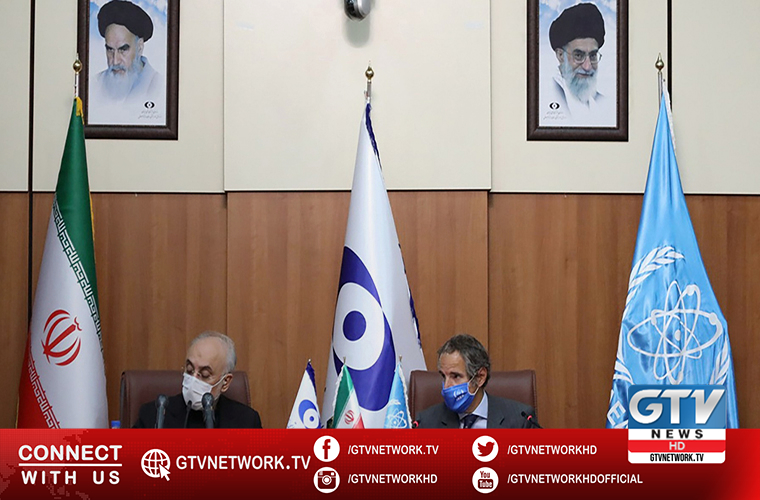 It means an end to the voluntary implementation of the Additional Protocol to the Non-Proliferation Treaty (NPT) Safeguards Agreement.

That had allowed the International Atomic Energy Agency (IAEA) to carry out short-notice inspections of the country’s nuclear facilities.

According to Press TV report, Tehran had voluntarily agreed to that arrangement under an international deal.

But the United States government unilaterally withdrew from the deal and imposed new sanctions.

Besides, the U.S. had not withdrawn sanctions it imposed on Iran.

He confirmed, while talking to reporters.

He had earlier announced halting all the IAEA’s additional access to the nuclear sites.

“As of 12:00 p.m. local time (2030 GMT), we have nothing called obligations beyond the Safeguards Agreement,” he said. “Necessary orders have been issued to nuclear facilities.”

Zarif pointed out that Iran will continue to implement its commitments under the NPT Safeguards Agreements and cooperate with the IAEA.

He explained that footage recorded by cameras at Iran’s nuclear sites will now be withheld and no longer shared with the IAEA on a daily and weekly basis as was done in the past.

The foreign minister also noted that Iran will have no official meeting with the US, since Washington is no longer a party to the nuclear deal.

The halt came under the Strategic Action Plan to Counter Sanctions, a law passed last December by the Iranian Parliament.

Moreover, the legislation set February 23 as a deadline for the Iranian government to further scale back compliance with the 2015 nuclear deal, officially known as the Joint Comprehensive Plan of Action (JCPOA), if the US does not lift its sanctions against the Islamic Republic.

The withdrawal from the Protocol adds to Iran’s previous steps away from the JCPOA in response to the US’s unilateral withdrawal in 2018 and the other parties’ failure to fulfill their commitments.

Additionally, the administration of President Hassan Rouhani on Monday welcomed a call by Leader of the Islamic Revolution Ayatollah Seyyed Ali Khamenei for it and the Parliament to resolve their rifts and act in unison regarding the anti-sanctions law.

“Negotiations and agreements between the Islamic Republic and the IAEA have been in full compliance with the Constitution and the laws of the country, in particular the resolution of the 759th session of the Supreme National Security Council.

“All experts and security officials have acknowledged that they (the negotiations and agreements with the IAEA) were the most efficient and the least costly way to fully implement the Parliament’s resolution,” it said in a statement.

“The goal of the Islamic Republic and the definite plan of the government are to realize the rights of the Iranian people, intelligently and decisively confront the illegal actions and policies of the United States, and lift the cruel and inhumane sanctions against the Iranian nation as soon as possible,” it added.

During a visit by IAEA Director General Rafael Grossi to Tehran on Sunday, the UN nuclear watchdog struck a three-month deal with Iran.

Under the agreement, the Atomic Energy Organization of Iran (AEOI) would continue to use cameras to record information at its nuclear sites for three months, but it would retain the information exclusively.

If the US sanctions are lifted completely within that period, Iran will provide the footage information to the IAEA, otherwise it will be deleted forever.

“The government of the Islamic Republic of Iran, based on its national and legal duties, is now confident that the law passed by the Parliament has been fully enacted so far while taking into account technical considerations and national interests,” the government statement added.

In a post on his twitter account, Iranian First Vice President Es’haq Jahangiri said the Iran-IAEA deal is “within the framework of the law and the principles of wisdom, dignity and expediency.”

“Inspections beyond the Safeguards Agreement ended. At the same time, Iran once again showed its goodwill to the world and the IAEA,” he said.

“The art of authoritative diplomacy is to break deadlocks,” he added.

The administration of US President Joe Biden has indicated willingness to rejoin the JCPOA, but it has been dragging its feet on taking any meaningful measure to undo the former US government’s wrongs.

It has conditioned the US’s return to the nuclear accord on Tehran’s resumption of the commitments it has suspended under the JCPOA.

However, Tehran says it will retrace its nuclear countermeasures only after the US lifts its sanctions in a verifiable manner.