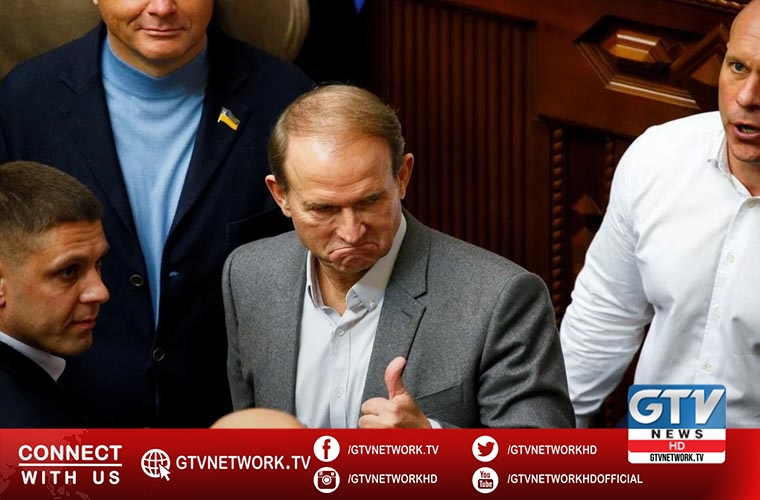 Ukraine President Signs Decree Imposing Sanctions Against Medvedchuk and other politicians who have close ties to Kremlin.

President Volodymyr Zelenskiy has signed a decree that brings into force sanctions against Viktor Medvedchuk.

Besides this political heavyweight and tycoon, decree also enforced sanctions against other Ukrainian politicians.

According to the charges, they all have close ties to Russian President Vladimir Putin.

However, The Secretary of the Ukraine’s National Security and Defence Council also cited naming of Medvedchuk and his wife Oksana Marchenko in a criminal probe into the alleged financing of terrorism.

Zelenskiy signed the decree on February 20.

A day earlier, Ukraine’s National Security Council announced sanctions against Medvedchuk, his wife, Oksana Marchenko, as well as six other individuals and 19 companies all believed to be tied to the tycoon.

Some of the individuals are Russian citizens.

The sanctions freeze the assets of Medvedchuk and his wife for three years and prevent them from doing business in Ukraine. Most of Medvedchuk’s assets are under his wife’s name. Ukraine has also said an oil pipeline that transports Russian oil products to Europe and is reportedly controlled by Medvedchuk will be nationalized.

The measures are the latest in a series of moves by Zelenskiy’s administration to go after Ukrainian individuals who critics say have close ties to the Kremlin.

Viktor under US sanctions since 2014

The U.S. Embassy in Kyiv said it supported Ukraine’s “efforts to protect its sovereignty and territorial integrity through sanctions.”

“Medvedchuk has been under U.S. sanctions since 2014 for undermining Ukraine’s security, territorial integrity, and democratic institutions,” it said in a statement.

Earlier on February 20, Medvedchuk called the sanctions “illegitimate” and “illegal.”