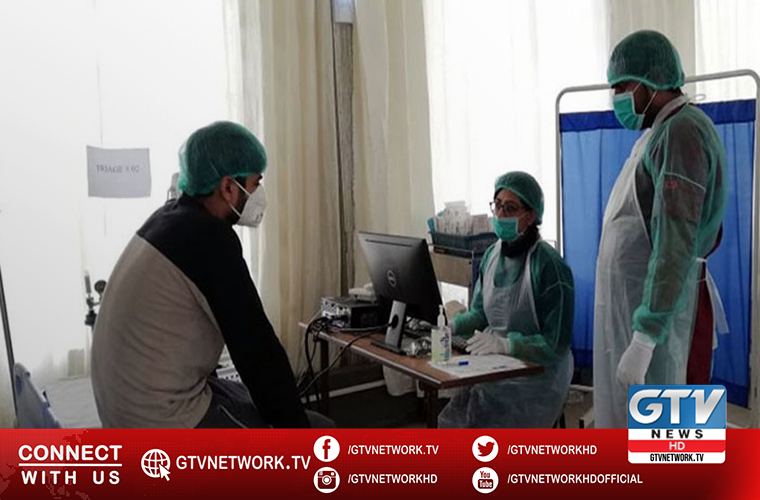 During the last 24 hours, most of the deaths had occurred in the Punjab while Sindh followed.

According to NCOC updates, the national tally of total active COVID-19 cases recorded 24,081.

Among them 1,340 more people tested positive for the deadly virus during 24 hours.

Meanwhile, 1,362 people recovered from the disease during the last 24 hours.

Thirty six corona patients have died during past 24 hours.

35 of them remained under treatment in hospital and one in their respective quarantines and homes on Friday.

Around 240 ventilators were occupied elsewhere in the country while no COVID affected person was on ventilator in Azad Jammu and Kashmir (AJK), Gilgit Baltistan (GB) and Balochistan.

Some 42,332 tests were conducted across the country on Friday.

Around 533,202 people have recovered from the disease so far across Pakistan.

Since the pandemic outbreak, a total of 569,846 cases detected. That also included the perished, recovered and under treatment COVID-19 patients so far.

Meanwhile, about 12,563 deaths recorded in country since the eruption of the contagion. Around 4276 perished in Sindh among nine of them died during past 24 hours. Eight of them died in the hospital and one out of the hospital.

A total of 8,644,847 corona tests have been conducted so far, while 631 hospitals are equipped with COVID facilities. Some 2,050 corona patients were admitted in hospitals across the country.