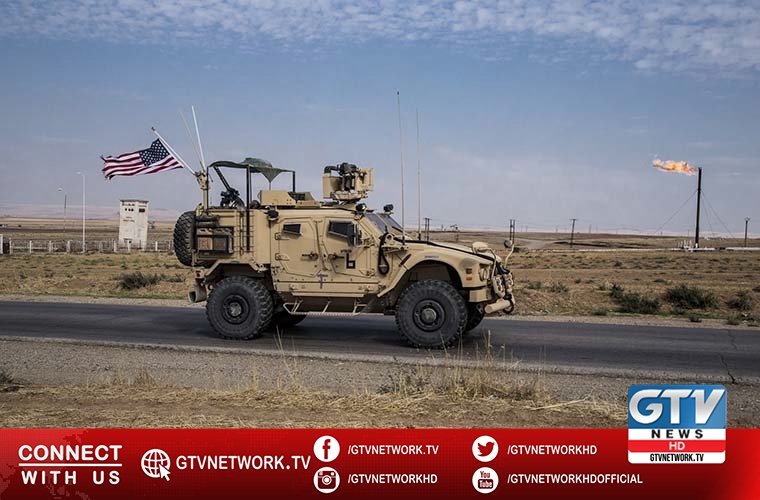 US establishes an airport in military base within Syria oilfield in Dayr al Zawr province, violating the sovereignty of Arab nation.

Arabic-language Kuwaiti daily newspaper Al-Anba reported that the United States is establishing an airport in its military base within an oilfield in Syria.

However, it quoted Hajin Military Council in the province, affiliated to the so-called Syrian Democratic Forces (SDF) as having announced this news.

According to the report, Washington is establishing the airport in the al-Omar oilfield base.

Media reports noted it one of the largest military bases of the US forces in Syria.

The development comes on the heel of the Pentagon announcement that a US firm is exploiting Syrian oil without authorization from Damascus.

Meanwhile, US troops deployed to the Arab country do not “protect” its oil reserves from Daesh attacks.

Previously, former US president Donald Trump ordered to protect it.

US has sent hundreds of trucks carrying military and logistical equipment to the northeastern province of Hasakah during the past several months.

Furthermore, Washington has also been redeploying troops to the oilfields which the US-backed SDF militants control in eastern Syria since October 2019.

Meanwhile, Syria reiterated that Syria government had not authorized the presence of the US military in its territory.

Damascus says Washington is “plundering” the oil of Syria.