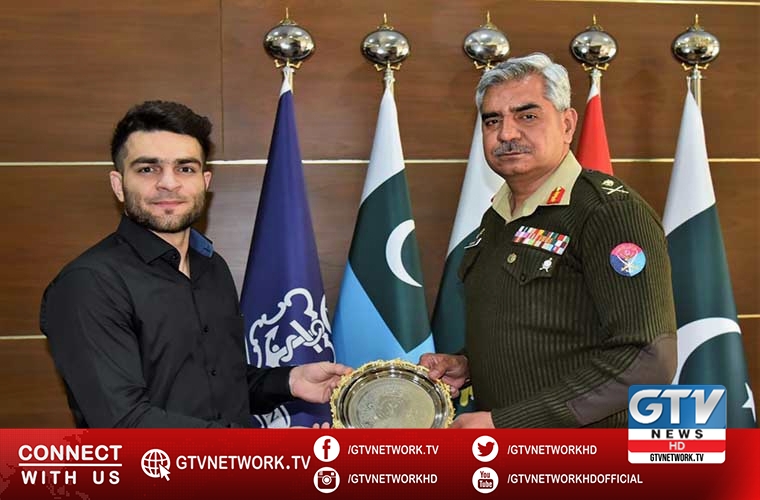 Moreover, he expressed his gratitude on the occasion.

The MMA superstar fighter Mujtaba also tweeted about that meeting.

He shared his humble feelings over the encouragement and support.

Meanwhile, the ISPR DG presented a souvenir to the victorious fighter.

Proudly, he had defeated India’s Rahul Raju aka The Kerala Krusher in only 56 seconds in the first round of the mixed martial arts (MMA) competition ONE Championship at the Singapore Indoor Stadium on February 5th.

He also requested our youth to have faith in Allah.

Furthermore, he appealed them to follow the principles of hard work and commitment.

NCOC briefs CM Balochistan on Covid19 while WHO lauds control

Confirmed coronavirus cases rise to over 84 thousand in Pakistan