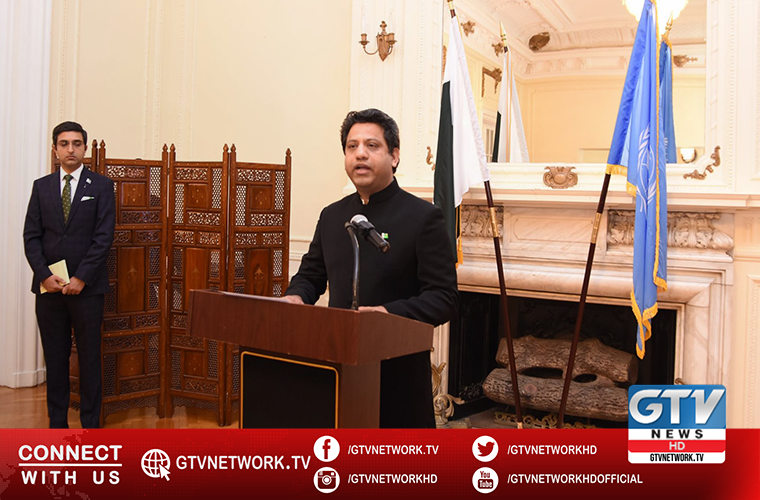 Aamir Khan, deputy permanent representative to the UN, shared Pakistan’s stance during a preparatory meeting for the 5th UN Conference on LDC.

The conference will take place in Doha next January.

Moreover, Pakistan called for finding a “long-term and comprehensive” solution of the debt problem for the Least Developed Countries (LDCs).

He called it necessary as part of the efforts to build back better from the wreckage left behind by of the devastating coronavirus pandemic.

The main aim of the conference, known as LDC-V, is to mobilize additional international support for the Covid-ravaged LDCs, eradicate poverty and achieve internationally agreed development goals.

He said following PM’s initiatives, several moves have been made in this connection.

They included: the suspension of developing countries’ debt until June 2021 by G-20 (major industrialized countries), but those steps were not enough, and he underscored the “imperative” need to find a solution.

Aamir further said that the virus knows no border and it painfully remains obvious that the Covid had hit hard poor and vulnerable countries, especially the LDCs.

Besides, it immensely caused the drop in commodity prices, falling remittances, lack of tourism, and disruption in global supply chains.

Other key issues he proposed for the upcoming conference to focus on were:

— Ensuring a viable framework for equitable and affordable distribution of COVID vaccine to the developing countries.

— Establishing a mechanism at the UN to help all developing countries, especially the LDCs, to bridge the current infrastructure gap.

— Bridging the digital divide and to increase technical cooperation aiming at technology transfer for LDCs.

— Discussing Pakistan’s proposal for a strong mechanism to forge international cooperation to curb illicit financial flows from developing countries, and for unconditional and speedy return of stolen assets from the destination countries.

“If we are to build back better from the wreckage of the COVID-19 crisis, it is imperative that majority of people living in developing countries, especially the LDCs, are made part of it,” the Pakistani representative said.