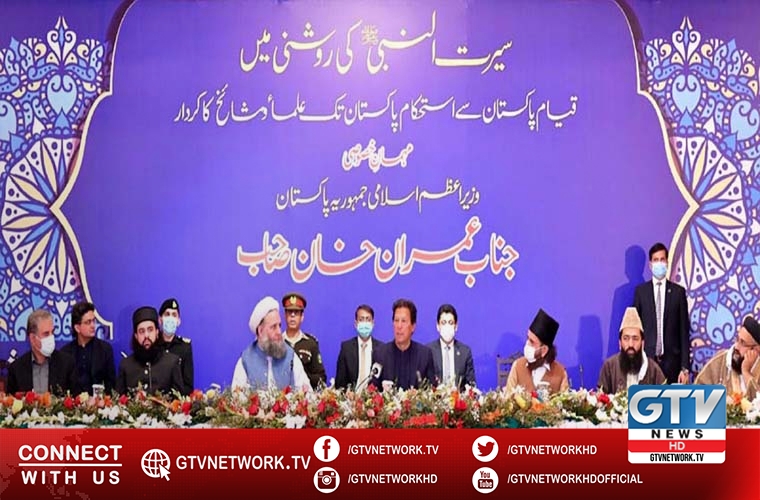 Prime Minister Imran Khan made this appeal, while addressing an Ulema and Mashaikh conference in Islamabad this evening.

He urged religious scholars to play their due role for spreading mass awareness about cleanliness, righteousness and national unity to make Pakistan a great nation.

He noted corruption as another important issue on which the Ulema should educate people to make this menace unacceptable in the society.

The Prime Minister said religious scholars have a pivotal role in building Pakistan as an Islamic welfare state as envisioned by the Quaid-e-Azam Muhammad Ali Jinnah.

The Prime Minister said ensuring all the basic rights to every citizen and rule of law were the two main principles of the State of Madina.

Referring to the growth in the Scandinavian countries, he said these countries acted upon the principles practiced in the State of Madina, but we lagged behind for not paying due attention to them.

Imran Khan said unfortunately Islam was linked to terrorism in the West.

He further said Islam has nothing to do with extremism or terrorism, but it is a religion of peace.

He said he has emphatically spoken against Islamophobia at international forums, including the United Nations and the OIC, and will continue raising voice in this regard.

He said the country has been facing various challenges, which need to be addressed with wisdom, sagacity and prudence.

The FM regretted that a section in the society is trying to make national institutions and personalities controversial.

Furthermore, He said the peace process in Afghanistan has reached a critical stage and the situation in Indian illegally occupied Jammu and Kashmir has become more complicated after India’s illegal and unilateral step of August 5, 2019.

He said Kashmiris have been in military siege for over 18 months, and they have been deprived of all the basic human rights.

Shah Mahmood Qureshi said the government has informed the UN Security Council and other world powers about the nefarious designs of the enemy to destabilize Pakistan.