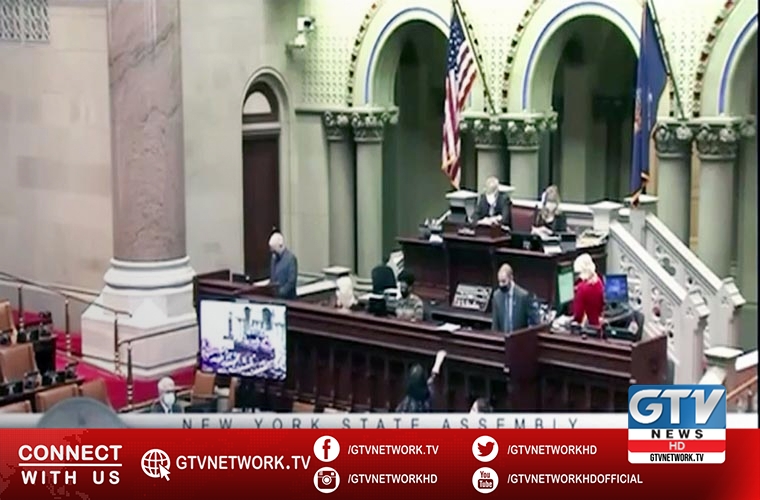 The NY has become the first state in the United States to make this proclamation.

The significant development came when Pakistani and Kashmiri communities across the country observed Kashmir Solidarity Day.

Furthermore, they voiced full support to the just struggle of Kashmiri people for UN-promised right to self-determination.

The New York State Assembly marked February 5 as “Kashmir Day” by adopting a resolution by a voice vote, after years of efforts by the American-Pakistani Advocacy Group.

The resolution said, “The State of New York endeavours to champion human rights including the freedom of religion, movement, and expression for all Kashmiri people,”

Pakistan’s Consul General in New York Ayesha Ali hailed the resolution of the New York State Assembly and lauded the role of APAG for this “great work”.

Meanwhile, British Parliamentarians and other speakers at a Parliamentary Webinar hosted by the High Commission for Pakistan, London have strongly condemned the gross human rights violations of the Kashmiri people being committed by Indian occupation forces.

They also said it is time that the international community calls out the BJP government’s discriminatory laws against Muslims.

Terming it an international issue, the speakers unanimously refuted Indian narrative of Kashmir being an internal matter and pledged to continue to raise their voice for the basic human rights of the Kashmiris.