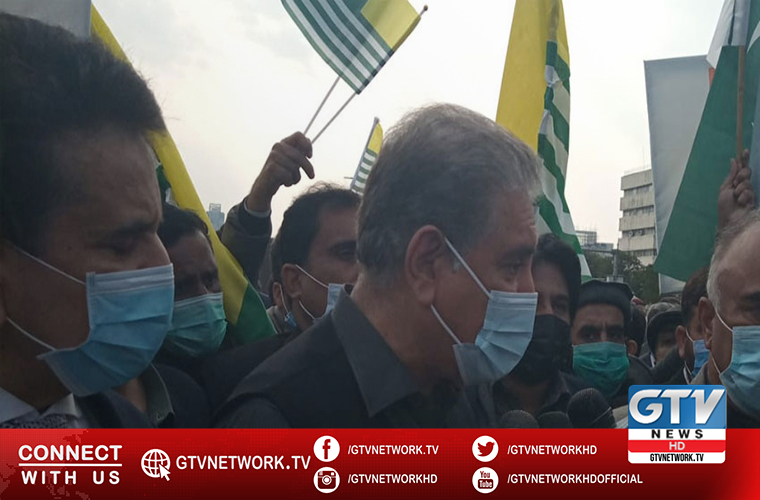 People of Islamabad largely participated in the rally to express solidarity with the oppressed people of Indian Illegally Occupied Jammu and Kashmir (IIOJ&K).

It began from the foreign office on the Constitution Avenue and culminated at D-Chowk.

Talking to the media persons on the occasion, Foreign Minister Shah Mahmood Qureshi said the Kashmiri people are not alone in their legitimate struggle for the right to self-determination. He said Pakistan stands shoulder to shoulder with them.

The Foreign Minister said Kashmiri people have been facing the Indian oppression and tyranny with patience and valiance over the last many decades.

He said the Indians will never succeed in its resolve to break the resolve of Kashmiri people for right to self-determination.

Shah Mahmood Qureshi said all the political parties and the institutions in Pakistan share a united stance on Kashmir dispute.

The FM further said the media has an important role to keep the Kashmir dispute alive.

He expressed the confidence that the international media will also play its part to expose the blatant human rights violations in Indian Illegally Occupied Jammu and Kashmir.

He said the international media can visit Azad Kashmir any time to see the ground realities there but then they should also be allowed to see the situation in Srinagar.