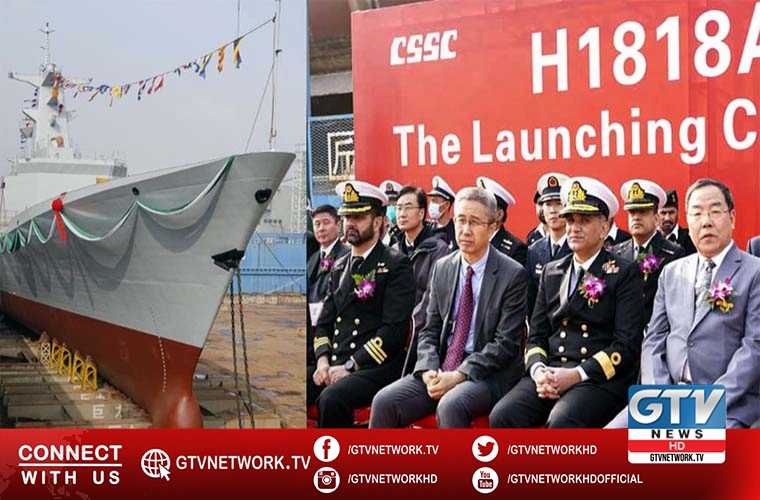 China launches another frigate for Pakistan Navy at Shanghai Shipyard.

It launched the second Type 054A/P frigate for Pakistan Navy at Hudong-Zhonghua Shipyard.

Notably, Pakistan Navy has contracted the construction of four Type 054A/P frigates from China since 2017,.

He recalled launching the first ship in August 2020.

He said these frigates will be some of the most technologically advanced platforms of Pakistan Navy’s Surface Fleet.

Admiral Niazi further said these ships will be equipped with modern surface, sub-surface and anti-air weapons, sensors and combat management systems and significantly contribute in maintaining peace and security in the region.

He addressed the debrief session of Pakistan Navy’s Operational Exercise RIBAT-21 in Karachi.

There, he reaffirmed the resolve to thwart any misadventure by the adversary.

He further said that Pakistan believes in regional prosperity and stability.

The threats ranging from conventional to asymmetric warfare.

The hallmark of the exercise remained joint operations by Pakistan Navy and the PAF which were undertaken at extended ranges in the North Arabian sea.