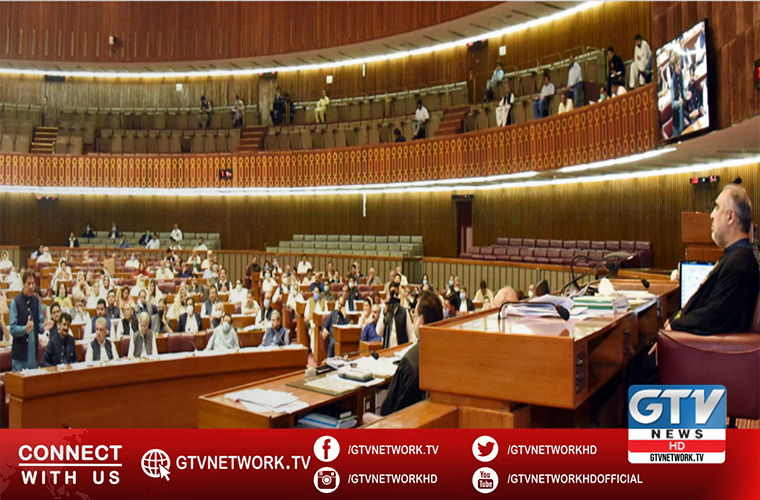 Minister of State for Parliamentary Affairs Ali Muhammad Khan said, while answering a question during the Question Hour in National Assembly on Friday.

In this regard, PTA was removing or blocking objectionable content pertaining to religion and the integrity and defense of the country.

Moreover, he said that PTA has so far blocked around one million Uniform Resource Locators containing objectionable content.

He called for immediately reporting the pornography and anti-Pakistan content to PTA for blocking of such material.

It informed the House of approximately ten thousand brick kilns in Pakistan.

Out of them, 1286 have so far been converted to Zigzag technology.

It also informed the House that State Bank of Pakistan has announced a subsidized loan at the rate of 6 percent with a ten year payback period.

Later, the chair announced adjourning the House to meet again on Monday at 5pm.

On the other hand, Minister of State for Parliamentary Affairs Ali Muhammad Khan also answered questions in the Senate.

He informed that NAB has recovered Rs390bn during tenure of PTI govt, so far.

Balochistan legislature expresses solidarity with Iran and China on coronavirus