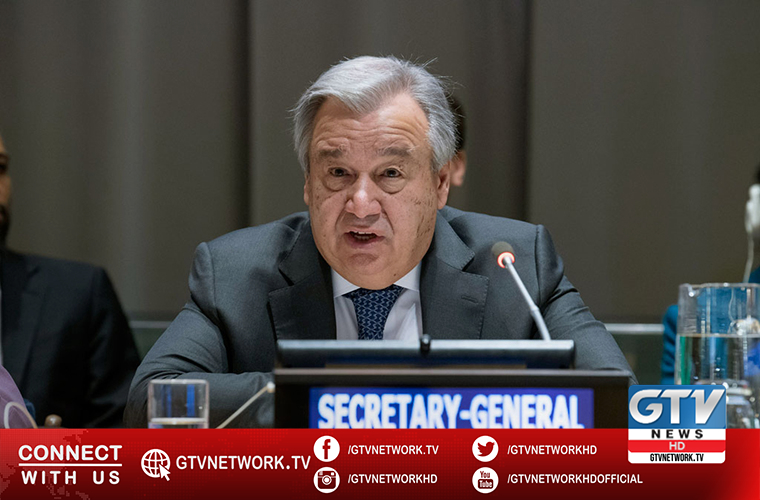 United Nations Secretary-General Antonio Guterres called upon nuclear-armed India and Pakistan to “come together and seriously discuss their problems.

He expressed these views, while answering a question from APP during his first press conference in 2o21.

Guterres made clear that both the countries had no military solution to the decades-old conflict.

Furthermore, he warned of the disaster of of unmitigated proportions for both countries and for the whole world in any military confrontation.

He said he stood by his statement of 08 August last year. That called for the resolution of the Kashmir dispute based on UN resolutions and the UN Charter.

He reiterated his offer for availability of his good offices for mediation.

The UN secretary general underlined it absolutely essential to have a de-escalation of the situation.

He was referring to the Line of Control in the disputed Kashmir region.

He further underscored it absolutely essential for the two countries to come together and seriously discuss their problems.

Moreover, Guterres called for respecting human rights in all territories.

He lamented that now, things have not moved in the right direction butt he offered availability of UN’s good offices.

The UN top official said the UN will insist within it on finding peaceful solutions for problems that have no military solution.