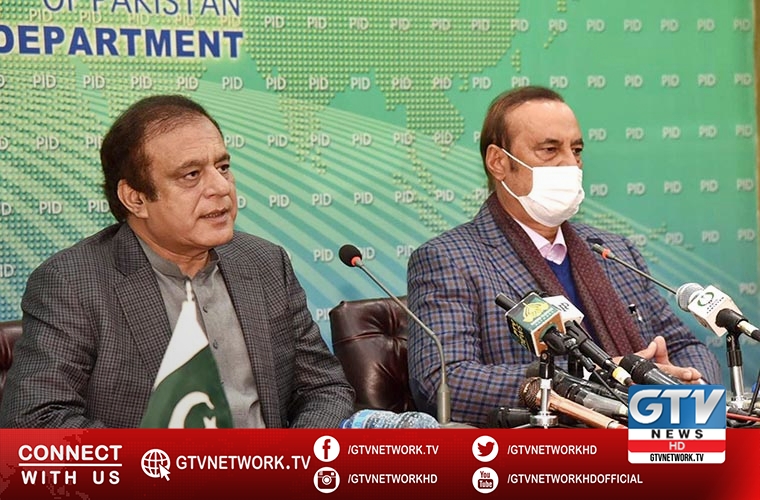 They made this announcement, while addressing a joint press conference in Islamabad today (Thursday).

The government has decided to bring amendments in the Constitution in this regard.

However, they named it the constitutional reforms package.

Besides open ballot, it would grant election rights to Pakistanis having dual nationality to ensure fair, free, and transparent polls.

The PM’s Adviser Dr Babar Awan said words “single transferable vote” in Article 59-2 (A) will be changed with open and identifiable vote.

He further said amendment in Article 63-1 (C) has been proposed to allow dual nationals of Pakistani origin to contest election, but they, if elected, will have to renounce their foreign nationality before taking oath of their office.

He said word “Senate” will be inserted in Article 226 of the Constitution to hold Upper House’s elections through open an identifiable vote, in addition to open election for the Prime Minister and the provincial chief ministers.

Dr Babar Awan said the government is going to table these amendments in the Parliament next week.

He also invited the opposition to support this bill for the sake of transparency, fairness in elections.

Moreover, he sought Opposition’s support to end horse-trading and sale purchase of votes in Senate polls.

He said said the government is taking every possible step to complete all the requisite legal and constitutional formalities to ensure independent and fair elections in the country.

US not inviting Pakistan to Climate Summit puzzles Prime Minister