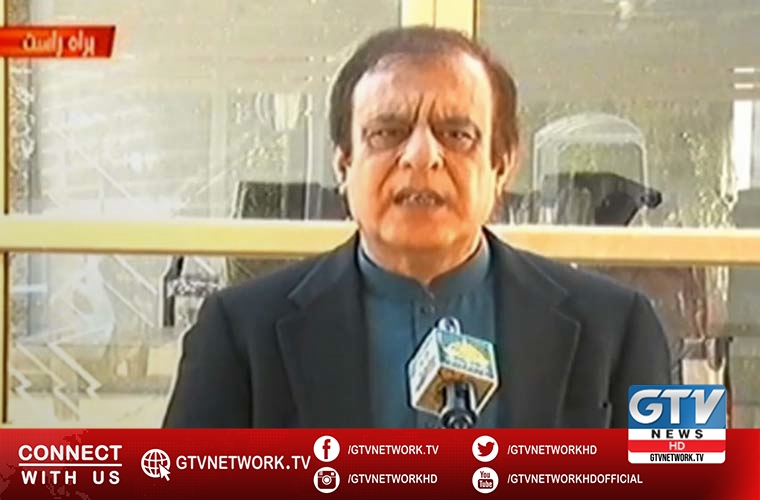 Shibli assures people to benefit from improvement in economic indicators.

Minister for Information and Broadcasting Shibli Faraz has said the economy stands stabilized as a result of effective policies of the government.

He expressed these views, while talking to media persons in Islamabad today (Wednesday).

He further said the benefits of improvement in economic indicators will reach the masses.

The Information Minister said that the inflation has been brought down to single digit and the prices of essential commodities are coming down.

He said our remittances and exports have increased whilst the imports have decreased.

He said the large scale manufacturing is witnessing a major growth.

Furthermore, he said we have brought the current account deficit to zero and for few months, it also remained positive.

Shibli Faraz said the opposition is resorting to negative propaganda on the issue of loans during the present government’s tenure.

He clarified that the govt use Rs6 trillion to pay back the past loans and the interest on them.

He said 1.2 trillion rupees were provided to support different sectors especially the disadvantaged segments of the society in the wake of breakout Covid-19.

When asked about the upcoming Senate elections, the Minister for Information and Broadcasting said the government believes in holding the exercise in the most transparent manner.

Moreover, he said the government has sought guidance of the Supreme Court on the open balloting.

He said we have also prepared a bill on the matter and will see whether or not the opposition supports the legislation.

To another question, Shibli Faraz noted lack of consensus amongst the opposition parties.

Furthermore, he noted the PDM parties are pursuing conflicting narratives and interests.

When asked about Broadsheet issue, the Information Minister said Azmat Sheikh headed inquiry commission will investigate into it.

He said the past rulers were involved in corruption and money laundering on a large scale and this should be investigated.