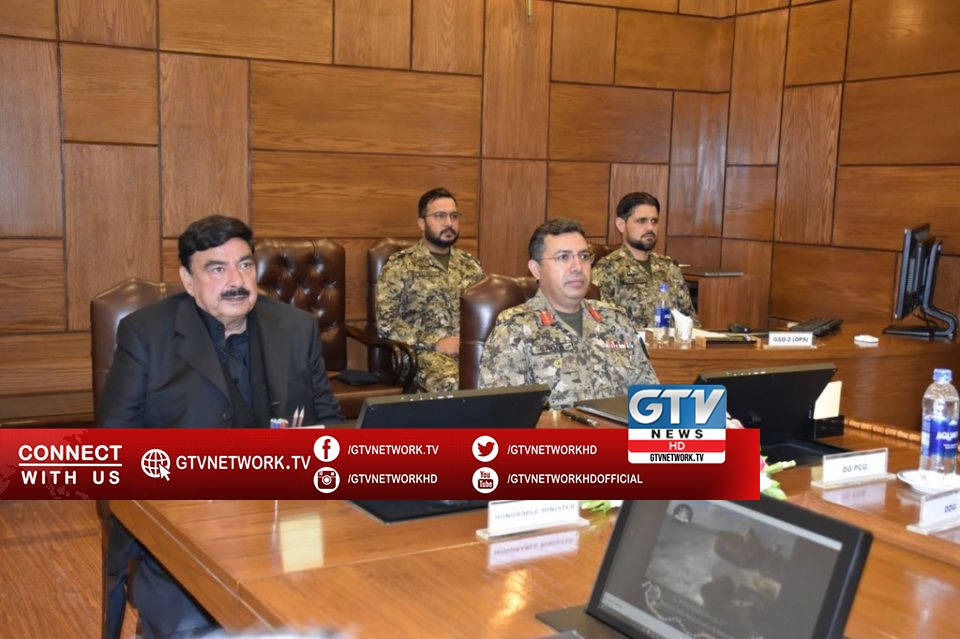 Interior Minister briefed on Pakistan Coast Guards operations against smuggling besides other responsibilities of the PCG.

According to the spokesperson of PCG, Director-General PCG received the federal minister.

Furthermore, he lauded the professional role of the Pakistan Coast Guards (PCG).

He acknowledged commitment of the PCG for performing its duties on land and sea.

He praised PCG role against smuggling, drugs, and other heinous crimes.

Meanwhile, Sheikh Rasheed Ahmed got briefing about the professional matters of PCG.

On this occasion, he said that the PCG played an important role not only in time of peace but also in any war situation.

Moreover, he assured them of full government cooperation to strengthen and more functionalize the PCG.