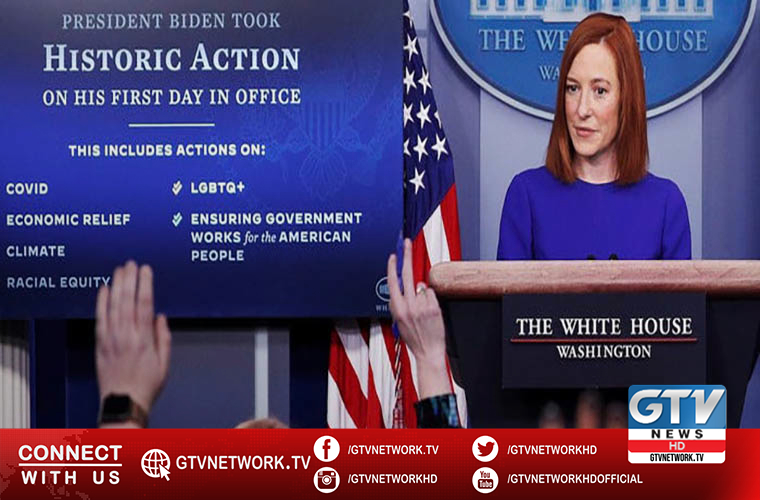 She further said that the U.S. President Joseph Biden has believed in the treaty in the interest of the U.S. since long.

Psaki said that Mr. Biden considers the New START treaty in the national security interests of the United States.

If not extended, the arms control treaty, due to expire on 5th of next month.

Notably, it limits the United States and Russia to deploying no more than 1,550 strategic nuclear warheads each.

Moreover, Psaki called the treaty as the last remaining arms control pact between Washington and Moscow.

Because, the Trump administration withdrew from two others; hence that remaining treaty becomes an anchor of strategic stability between the two countries.

Despite the extension proposal, Psaki said Biden stays committed to holding Russia to account for its reckless and adversarial actions.

She further said that Biden hold Russia to account for the alleged involvement in the Solar Winds hacking event.

Besides, the U.S. also blamed Russia for alleged 2020 election interference and the chemical poisoning of opposition figure Alexei Navalny.

U.S. also slams Moscow for the widely reported allegations that Russia may have offered bounties to the Taliban to kill American soldiers in Afghanistan.