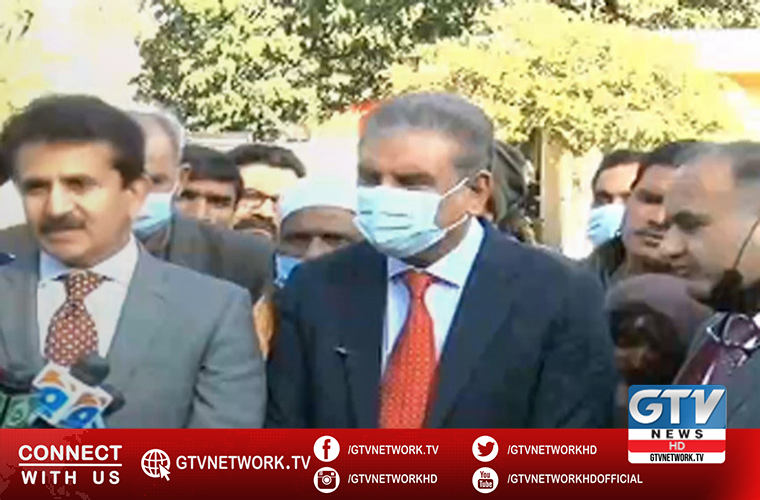 While addressing the delegation, he said minorities including Hindu community enjoys complete freedom in Pakistan.

However, he regretted that the minorities remain unsafe in neighbouring India.

The FM further said we have provided irrefutable evidence regarding Indian involvement in acts of terrorism in Pakistan.

Shah Mahmood said the true face of India stands exposed before the world.

Regarding the temple attacked in Karak, the Foreign Minister said the government will rebuild it.

He said that together will have to play role for promotion of the Islamic ideology.

Afridi said, while addressing a ceremony in Islamabad today (Wednesday).

He further said the world will give example of Pak-Turk friendship in days to come.

Chairman Kashmir committee said the Turkish media has given a new spirit to the heroes of Muslim Ummah.

He said Kashmir committee aims at highlighting the Kashmir issue through culture as well.

It issued a notification today.

Pakistani nation expressed wholehearted support to the just struggle of Kashmiri people for their inalienable right to self-determination under United Nations resolutions.

According to notification, nation will observe one minute silence beginning from 10.00 am on Feb05.

It signals paying homage to the Shuhadah of the liberation struggle of occupied Kashmir.

Pakistan Army captain and sepoy martyred in a counterterrorism operation