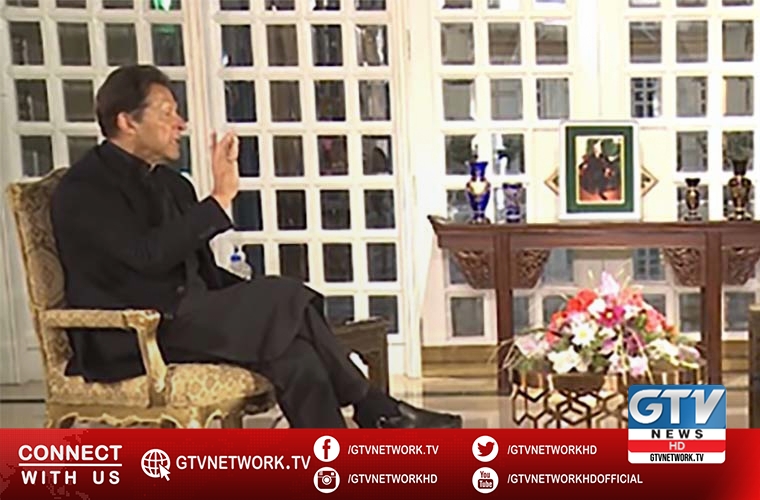 PM links progress of Pakistan with rule of law and meritocracy.

Prime Minister Imran Khan said his idea of “Naya Pakistan” based on following the basic principles which the State of Madina adopted.

PM links progress of Pakistan with rule of law

He expressed these views during an interview with a private channel.

The PM further said that no state can move forward and achieve welfare and progress without meritocracy and rule of law.

Therefore, he said his PTI government is also following these basic fundamentals.

While answering a question, he said the only issue of the PDM leadership is to avoid accountability through an NRO.

However, the Prime Minister made clear he would never give them the NRO.

Furthermore, he said the country cannot achieve progress and prosperity until the leaders are made accountable under the rule of law.

Imran Khan said contrary to the bloody revolution which is quick, he is pursuing the slow-process revolution, which come through ballot.

He directed this, while  chairing a high-level meeting in Lahore on Friday evening.

The meeting aimed to devise a comprehensive strategy to introduce reforms in Punjab Police.

Besides, he asked them to spend all available resources to combat crime.

The Prime Minister also called for ensuring the protection of lives and properties of citizens.

Moreover, he directed Inspector General Police Punjab to utilize all resources to protect lives and property of citizens.