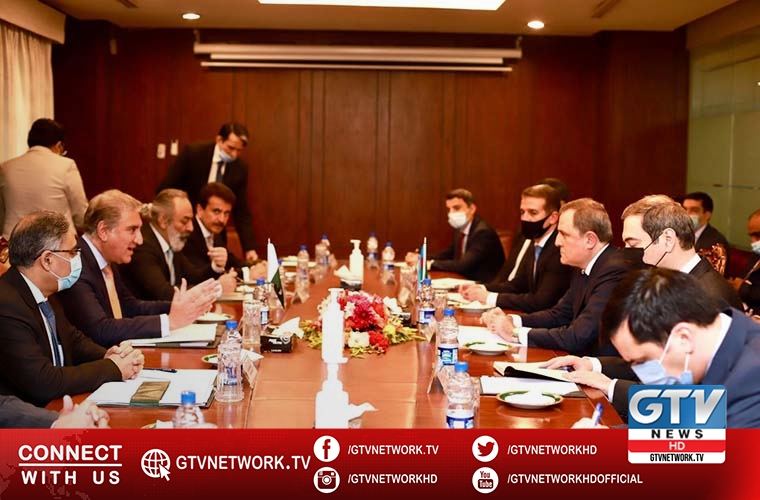 Pakistan and Azerbaijan agree to promote cooperation in economy and energy sectors.

Pakistan and Azerbaijan agree to promote cooperation in economy and energy

Meanwhile, Pakistan and Azerbaijan have signed an agreement to assist each other in coping with the natural calamities.

During his visit to the Foreign Office in Islamabad, Foreign Minister of Azerbaijan also planted a sapling there.

Earlier, Pakistani media also reported yesterday of a trilateral meeting of the FMs of Pakistan, Azerbaijan and Turkey.

He reiterated this, while talking to Foreign Minister of Azerbaijan Jeyhun Bayramov who called on him in Islamabad today.

Furthermore, the President congratulated the government and people of Azerbaijan over the liberation of Nagorno Karabakh.

Azerbaijan’s FM said both the countries have a great potential for increasing trade and cultural cooperation.