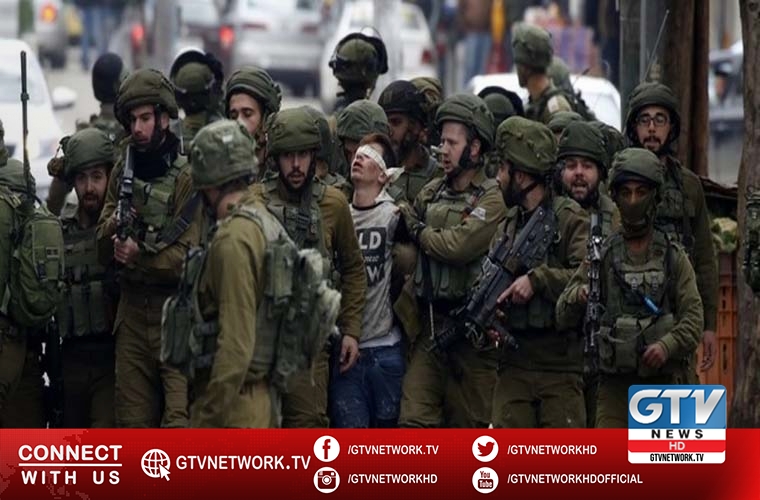 Israeli army arrests over 20 Palestinians in raids in Ramallah villages.

According to Palestinian security sources, Israeli soldiers raided the village of al-Mughayyer, northeast of Ramallah,.

They  rounded up at least 16 Palestinians, five of them were later released.

The detainees included the father and brother of Ali Abu Alayya, a 13-year-old boy shot and killed by Israeli soldiers in the village in early December.

It said this is the highest figure of arrests so far this year.

For the second consecutive week, they continued their rampage against Palestinians in the occupied West Bank.

Wadi Abu Awwad, mayor of the town of Turmus Ayya, northeast of Ramallah, told WAFA that settlers sneaked into the outskirts of the village during the early morning hours.

They set two Palestinian-owned vehicles on fire while they smashed the windows of a third.

The Global Campaign to Return to Palestine events anger Israel

Palestinians death toll due to Israeli missile attacks rises to 200