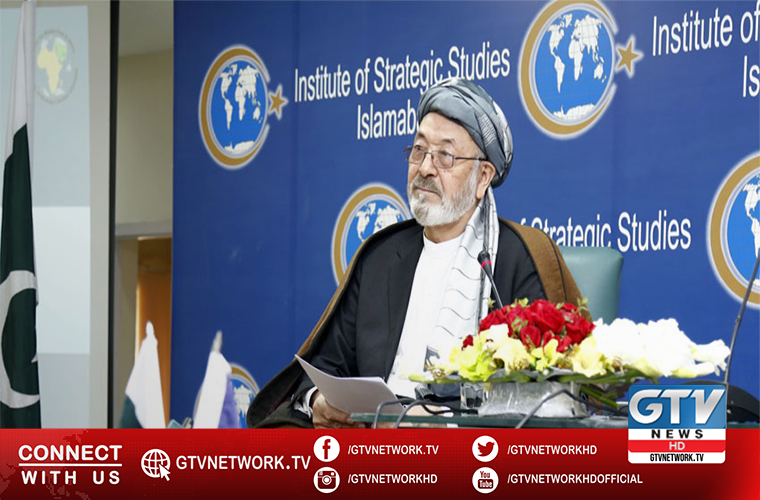 The leader of Hezb-e-Wahadat-e Islami of Afghanistan appreciated Pakistan’s positive and constructive role in the peace process of war-torn country.

He said this, while speaking at a Public Talk organized a Think Tank in Islamabad today (Wednesday).

The Afghan political leader said peace in Afghanistan will create a situation that will benefit all countries, especially our neighbours.

Ustad Karim Khalili further acknowledged Pakistan’s efforts in the first round of the peace process.

He also lauded the ongoing talks in Doha and hoped that with this current momentum the relationship would reach new horizons.

During the meetings in Islamabad and Pindi, Pakistani top officials assured Pakistan’s steadfast support for an inclusive broad based and political solution to afghan peace process.

Moreover they all urged the parties to the peace process should seize this opportunity.

They also asked them to engage constructively for ending decade’s old conflict in Afghanistan.

The FM reaffirmed Pakistan’s commitment to continue its efforts for peace and stability in Afghanistan.

Furthermore, he expressed satisfaction over the progress in intra Afghan dialogue.

The Foreign Minister said it provides a unique opportunity to the Afghan leadership which must be seized for peace in Afghanistan.