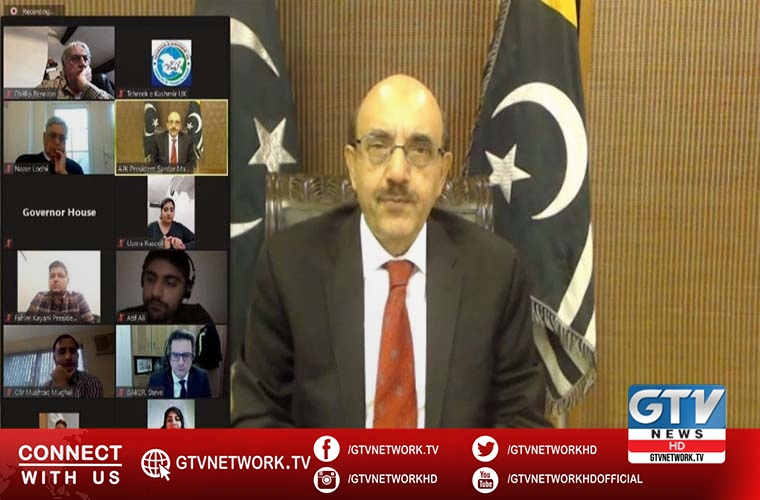 India accused of dreaming to turn Jammu and Kashmir into Hindu Rashtra.

However, he made clear India’s dream of turning Jammu and Kashmir into Hindu Rashtra will never materialize at all.

Furthermore, he said Kashmiri people remain determined to continue their struggle for freedom and the right of self-determination till the last drop of their blood.

Sardar Masood Khan said despite India’s policy of irredentism, Kashmiris have vowed to continue their struggle.

Moreover he lauded Kashmiris struggle for freedom and self-determination by giving their blood to keep the flame of liberty burning.

The AJK President also expressed his resolve that the truth will prevail.

He said that evil will be crushed, and the Indian criminals will be brought to justice.

Furthermore, the Modi-led govt is pushing to the wall even those Kashmiri political parties who have remained collaborators of New Delhi in the past.

The report lamented muzzling Kashmiris’ voice through military might which it underscored as Modi’s brand of democracy.

Moreover, it also urged the world to stand up against rising Hindutva authoritarianism in India and repression in Indian illegally occupied Jammu and Kashmir.

Sindh govt may ease lockdown after a consultative meeting with President