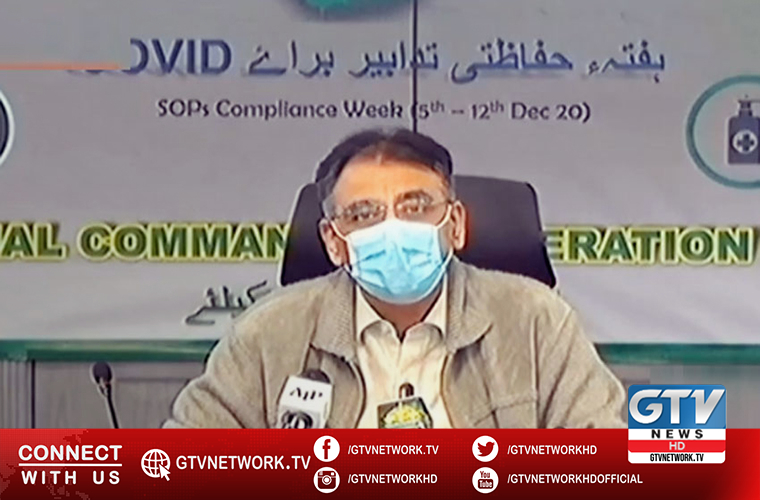 Minister for Planning and Development Asad Umar said, while briefing the media persons in Islamabad on Tuesday.

He said that the government is taking decisions to procure the Anti Covid vaccine promptly.

Furthermore, he said the government is holding talks with a Chinese company for the procurement of the vaccine.

The Minister said initially the vaccine will be administered to the healthcare staff which will be followed by other people.

Asad Umar  said the government’s timely decisions and the responsibility demonstrated by the masses have greatly contributed to check the spread of the contagion in the country.

Asad Umar appealed the people to continue to follow the precautionary measures to avoid the devastation caused by the virus in the US and other western countries.

Asad Umar said the government opted for a smart lockdown policy in the wake of first wave of Covid-19 to protect the lives and livelihoods.

He said the complete lockdown policy adopted by some of the regional countries added to their economies woes.

He said the government’s handling of Covid-19was appreciated by several world institutions including the World Health Organization and World Economic Forum.

According to latest statistics, 41 deaths due to Corona pandemic reported over the last twenty-four hours.

Meanwhile, 461,977 people have so far recovered from the disease.

Education Ministers discuss whether to reopen educational institutions or not