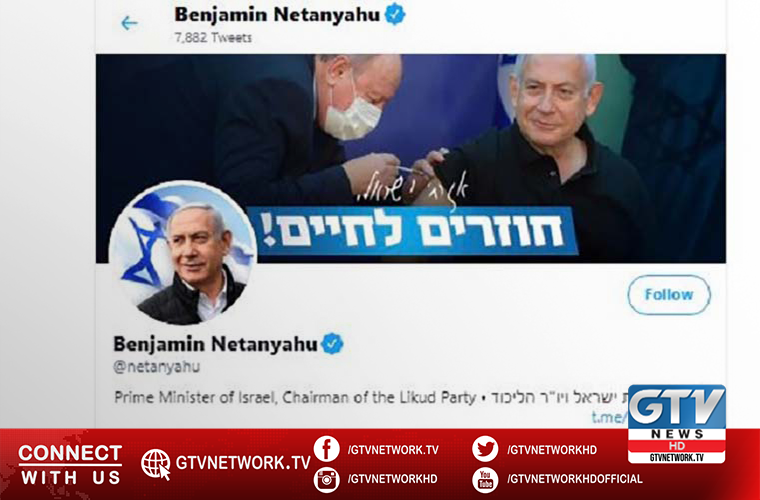 Netanyahu removes President Trump from his Twitter banner photo in what appear to act vice versa of the idiom a friend in need a friend indeed.

Israeli Prime Benjamin Netanyahu dropped US President Donald Trump from the banner photo of his Twitter account on Tuesday.

The international media noted it as Netanyahu’s apparent break with a political ally facing possible impeachment.

A photo of Netanyahu sitting next to Trump at a White House meeting had long taken pride of place on the official @netanyahu account.

That had remained testimony to the conservative Israeli leader’s close ties with the Republican president and his popularity in Israel.

Early on Tuesday, another photo, showing Netanyahu being injected with the coronavirus vaccine, topped the page.

That came along with the slogan for Israel’s inoculation campaign: “Citizens of Israel, we are returning to life.”

Earlier, Netanyahu had kept the photo of his meeting with Trump, long in lockstep with him over a tough policy towards Iran and the Palestinians.

That stayed on the site even after the Republican president’s defeat in the US election in November.

It raised media speculation that Netanyahu had decided to distance himself from Trump.

But when the eight-day Jewish festival went over, Trump reappeared – although no longer alone with Netanyahu in a photo.

Instead, Netanyahu posted a banner image of himself with the president and the foreign ministers of the United Arab Emirates and Bahrain signing an agreement at the White House in September on formalizing ties with Israel.

President Trump State of the Union address on Feb 04