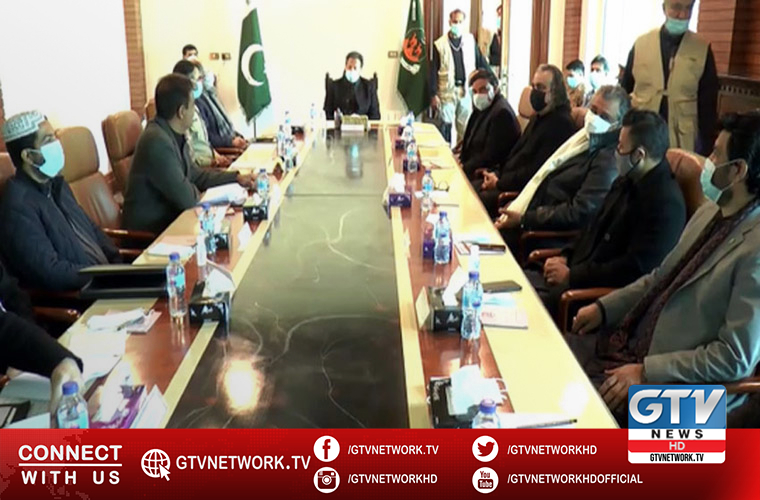 Prime Minister Imran Khan has arrived in Quetta on a day-long visit to the city.

He presided over a high level meeting regarding Machh tragedy.

Besides, he meeting discussed law and order situation in Balochistan.

During his visit, the Prime Minister will meet the bereaved families of the martyrs of tragic Machh incident.

Earlier, the Prime Minister along with Interior Minister Sheikh Rasheed Ahmed and Minister for Kashmir Affairs and Baltistan Ali Amin Gandapur arrived in Quetta and was received by Chief Minister Balochistan Jam Kamal Khan, and Provincial Ministers at the airport.

Meanwhile, funeral prayer of the martyrs of Mach massacre held at Hazara Shia graveyard in Quetta.

Besides, leaders of different political parties and a large number of people attended the funeral prayers.

While addressing the participants of sit-in in Quetta. he said heirs of martyred Hazara Shia coalminers agree  for burial of the bodies.

He further said that the heirs of the martyrs of the Mach incident have agreed to bury the bodies.

According to Radio Pakistan, he said they agreed after successful negotiations with the Balochistan government.