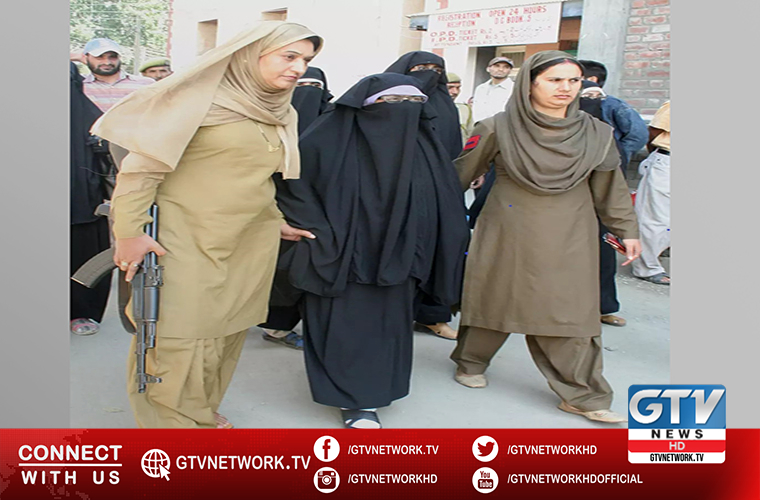 Ambassador Zaheer A. Janjua made this appeal In a letter addressed to the chairs of the political groups in the European Parliament and EU Special Representative for Human Rights.

Janjua further urged the EU to play its role to stop imminent risk of conviction of Andrabi by a sham court that would take up the case on January 18.

According to a message received here Tuesday, ambassador Janjua called upon the EU to raise its voice.

He asked them to convince India to stop illegal and sham trail, drop all fabricated cases against Andrabi, her husband and associates, paving the way for their honourable and immediate release.

He further underscored that Andrabi had been subjected to physical and psychological torture in jail, including solitary confinement.

Janjua said that despite her deteriorating health conditions and reported outbreak of the COVID-19 pandemic in the jail, she was incarcerated under sub-human conditions where she awaited the imminent conviction.

Meanwhile, the ambassador emphasized that Pakistan had highlighted issues together with the United Nations, Organization of Islamic Cooperation (OIC), international human rights organizations.

Andrabi, as a defender of human rights and an ardent advocate of women empowerment, worked tirelessly for social reforms and realisation of fundamental freedoms for the people of the Indian Illegally Occupied Jammu & Kashmir (IIOJK) for over four decades.

Andrabi has been under illegal and inhuman captivity for more than 15 years on fabricated charges under draconian laws such as Armed Forces Special Power Act (AFSPA) and Public Safety Act (PSA).

She was first arrested in 1992, along with her husband and six-month old son under the PSA. Between 1992 and 2016, she has been jailed multiple times by the occupation forces.

India has now placed Andrabi along with her associates Naheeda Nasreen and Fehmeeda Sofi on a sham trial.

India tried them under the Unlawful Activities Prevention Act (UAPA) on trumped up charges.

Moreover, Andrabi had founded an organisation called Dukhtaran-e-Millat (DeM), which was one of the biggest women rights organisations in IIOJK, working on women’s education, empowerment, well-being and protection — especially against sexual violence and abuse at the hands of Indian occupation forces.