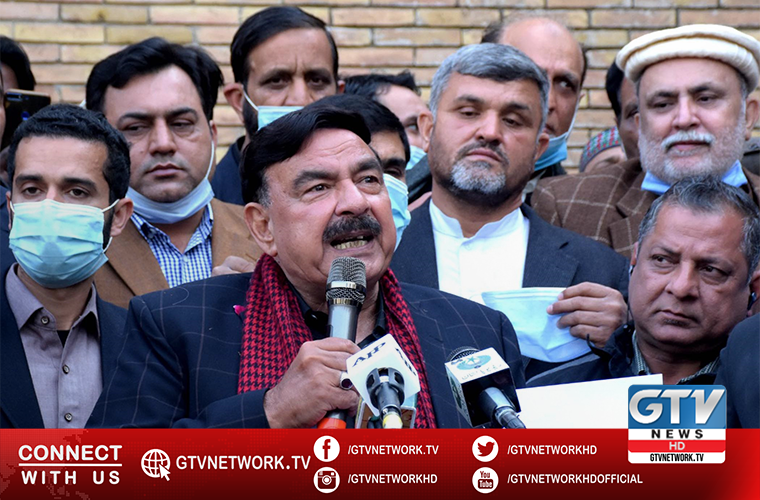 Sheikh Rashid made this announcement, while talking to media persons in Islamabad today.

He further said that he had earlier predicted that Pakistan People’s Party (PPP) will contest Senate elections.

The minister also said that visas for all countries including Afghanistan and China will be issued online from January 1.

He also announced to hold a very important press conference from Peshawar on Friday.

Earlier, Minister for Interior Sheikh Rashid Ahmad said ill minded people who are speaking against armed forces will be dealt as per the law.

While talking to the media in Islamabad, he said the government decided to lodge a case against Mufti Kifayat in Lahore.

Furthermore, he said announcement of Pakistan Democratic Movement to tender resignation from the parliament remains in  doldrums.

He said PDM will ultimately disband as it is facing disintegration.

Hence, he predicted the PDM destined to disintegrate.

Qureshi said this, while reacting to the press conference of PPP Chairman Bilawal Bhutto Zardari.

He further said in a statement that people of different views have gathered under the umbrella of PDM.

Moreover, he said they aim to secure NRO and get relief in their cases.

He said the meeting of the PPP’s Central Executive Committee has made it clear that the PPP has withdrawn from the PDM’s narrative.

Further, Shah Mahmood Qureshi said the PPP has decided to contest the Senate elections and by-elections.

He said if they had remained serious in tendering resignations from assemblies en bloc, they would not have desired for taking part in by-elections.

Gross circular debt reduced to almost half due to prudent policies: Minister