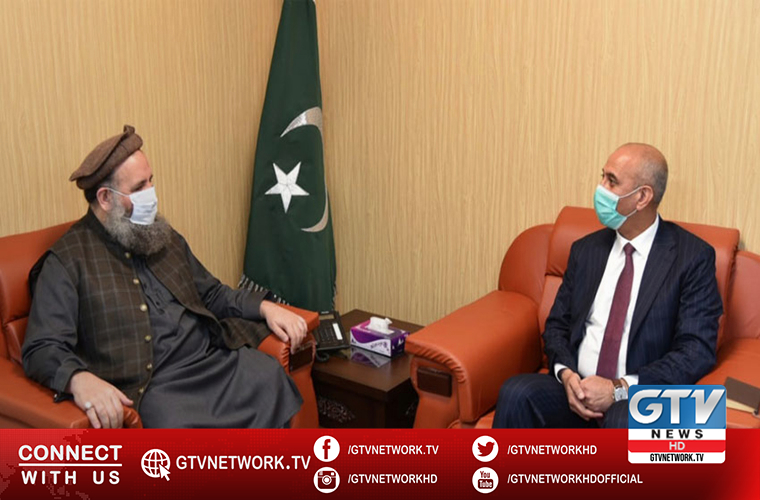 Furthermore, he reiterated that Pakistan would continue extending every possible support for reconstruction and development of Afghanistan.

The Minister said peace in Afghanistan guarantees durable progress and prosperity of the entire region.

Meanwhile, the Afghan Ambassador also shared views on the occasion.

He said Pakistan has set an example by hosting Afghan refugees for a long time.

Moreover, he thanked the Pakistan government for providing additional facilities for common people and traders at Torkham Border.

The two sides also reaffirmed commitment to resolve problems of the peoples of the two countries, including traders, on priority.

Adviser on Commerce Abdul Razak Dawood spoke during the session.

He said government is making all out efforts to remove all hindrances in trade with Afghanistan.

While speaking on the occasion, Afghan Commerce Minister said that Afghanistan welcomes the Pakistani investors in the country.