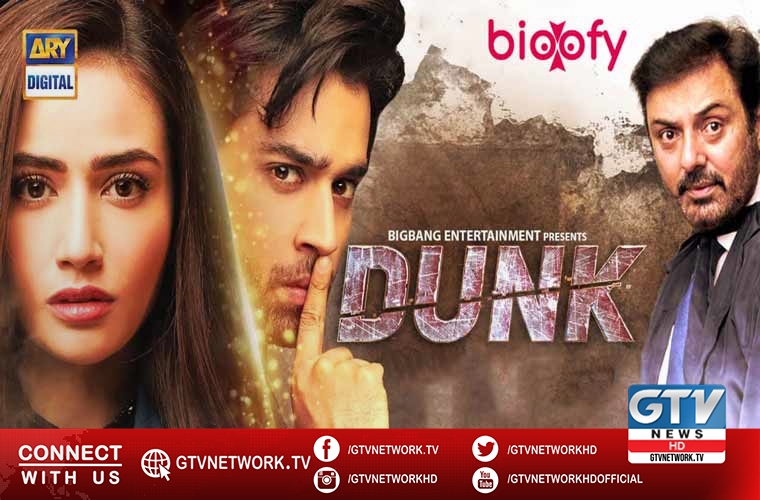 ARY Digital Drama ” Dunk” produced by Fahad Mustafa and Dr. Ali Kazmi is directed by Badar Mehmood who directed famous dramas  like“Balaa” and “Cheekh”. The frenzy is about the subject of the said drama which is about wrongful accusations in sexual harassment cases. Dunk’s story is full of curiosity and the social issue of harassment and the lives of the victim, accused and their families have to go through.

'Dunk' isn’t a new story. Women have been shown lying about being harassed or raped in a number of Pakistani dramas.

Pakistani society which is accused of having misogyny, equality and male superiority complex issues will be open to another play after Meray Paas Tum Ho provocative dialogues and story play shaken the viewers. While viewers are expressing their distaste on fragile situation in regards to women safety at educational, workplace, extended family and online spaces the drama may pamper the ones who already claims the rape and harassment accusations not trustworthy.

Fahad Mustafa in a recent interview said that “95% cases of sexual harassment are genuine but in some cases, people are falsely accused, so we have to tell every kind of story.”

“We have always tried to show different kinds of stories. We also made a drama Meri Guriya which told the story of [the rape victim] Zainab. As producer it is my responsibility to tell every kind of story and I believe people will enjoy watching this drama.”

“He  went on to say that his new drama depicts reality very closely and that Dunk is a tribute to every victim who has been falsely accused of sexual harassment.”

The drama is said to have been influenced by Government MAO college English lecturer Muhammad Afzal who was wrongfully accused into a sexual harassment case by his female student. He unfortunately could not bear the false allegation and few months later committed suicide. He in his letter stated that his family life was disturbed by the allegations and his wife had also left him.