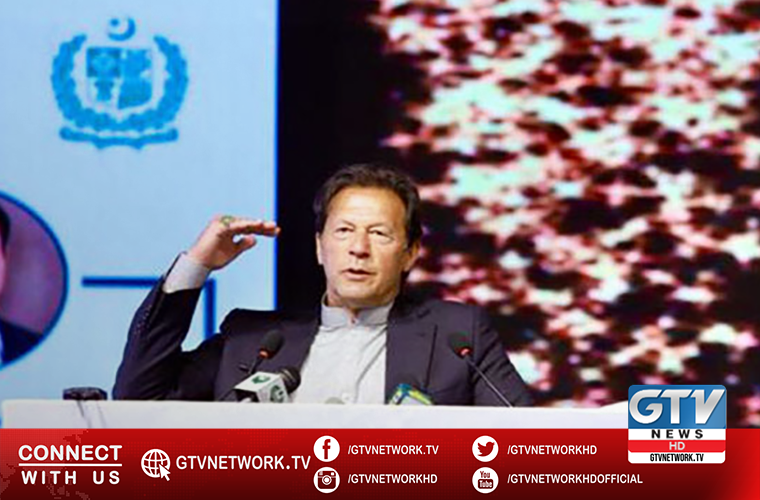 PM underlines NRO to plunderers tantamount to sedition against the country.

Prime Minister Imran Khan said this, while addressing a ceremony in Chakwal on Saturday.

These projects include Chakwal University, a five hundred-bed hospital, a Law College and the Ring Road.

Imran Khan said the PDM is undermining the country by targeting the institutions in their speeches.

He regretted that the language being used by the PDM leaders is same to that of the Indian propaganda machine against Pakistan.

He said the opposition complains of rigging in the last elections, but it neither presented any evidence nor did it move any forum in this regard.

Imran Khan said the previous rulers who looted wealth of the country want to build pressure for securing NRO on their cases.

However, he said giving them NRO by any government will be tantamount to sedition against the country.

He said the government will ensure universal health coverage in Punjab and Khyber Pakhtunkhwa by the end of next year under the Health Card Scheme.

The Prime Minister said by next year, every family in Punjab and Khyber Pakhtunkhwa will have Health Card.

That will enable them to get free medical treatment up to one million rupees in any hospital of the country.

Furthermore, Imran said the government plans to build a health system that will ensure basic health facility across the country.

He said the private sector is being encouraged and facilitated to establish hospitals.

Prime Minister also underlined the importance of education for overall development of the country.

He further said the government that plans for the next generations focuses on education.

He said the country will grow fast if its youth is equipped with education and technological skills.

Moreover, Imran Khan said his government is working to reduce the debt burden of the country. In this direction, he said, a major milestone has been achieved.

He said the country’s Current Account has been in surplus for the last five months for the first time in 17 years.

Similarly, he said fiscal deficit is also being controlled.

The PM vowed to make the government’s Ehsaas Program the best poverty alleviation program in the world.

He further said he is going to launch another program aimed at ensuring that no citizen sleeps hungry.

He said a revolutionary local government system will be introduced that will empower people at grassroots level.

All set to hold Chehlum of Qassem Soleimani on Sunday (tomorrow)

Three soldiers martyred while two terrorists gunned down during operation