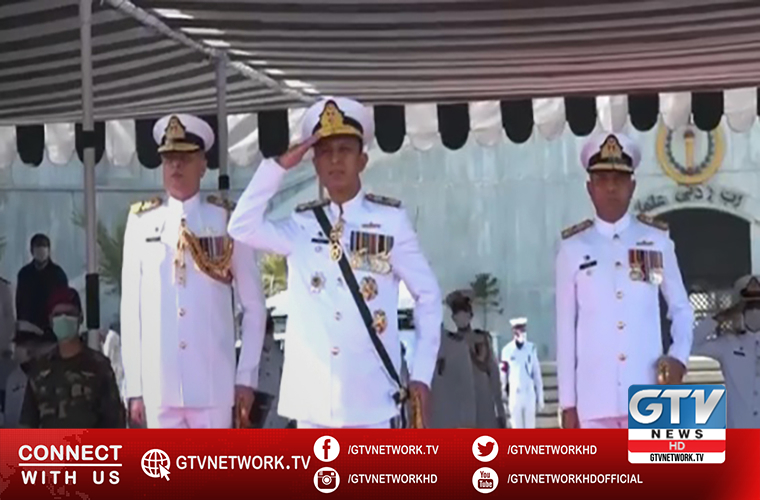 He further said that Pakistan’s Armed Forces are well aware of all sorts of nefarious designs.

Admiral Niazi vowed the armed forces fully prepared all the time to deal with them.

He underlined Pakistan as a peaceful country and desires friendly and cordial relations with its neighbors.

However, Admiral Amjad Khan Niazi said, our desire for peace should not taken as weakness.

He further said Pakistan Navy, armed with its modern equipment, stay alert in the regional and international waters.

Meanwhile, the commissioning parade comprised 120 Pakistani officers and 62 others from friendly countries.

On the occasion, the chief guest also distributed prizes among position holders.

Minister reports third round of talks between TLP and govt