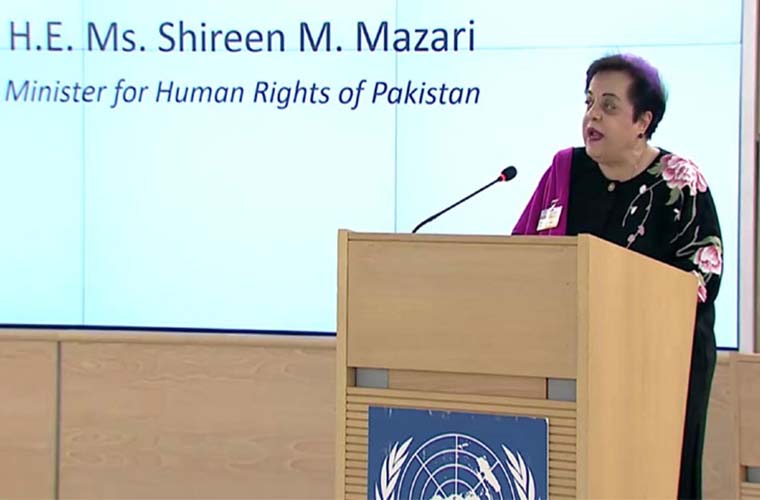 In this regard, Minister for Human Rights Dr Shireen Mazari wrote a letter to the UN High Commissioner.

She demanded United Nations to probe the extrajudicial killings of 11 Pakistani Hindus.

Furthermore, she urged the UN to ensure payment of reparations to families of the deceased.

The HR minister said the extrajudicial executions by Indian security forces in Manipur, have not been fully investigated.

She said the state of India has failed to fulfil its obligation to carry out a prompt, thorough and effective investigation.

Moreover, Mazari underlined it a clear breach to the Vienna Convention.

The Minister also demanded the constitution of an investigation team under the auspices of the UN.

She urged India to allow the team for conducting a free, fair and impartial investigation into the matter.

Furthermore, she demanded India of handing over of the dead bodies of deceased to family members.

Pakistan had earlier raised the issue of those 11 Pakistan Hindus executed extra judicially in Jodhpur District, of Indian state of Rajasthan in August this year.

Gross circular debt reduced to almost half due to prudent policies: Minister

PM briefed on steps to evacuate foreign journalists from Afghanistan