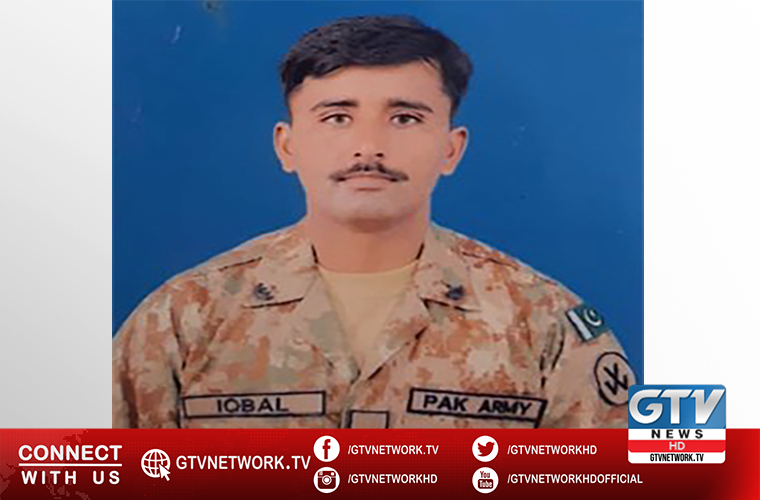 According to ISPR, security Forces conducted search and clearance operation on intelligence information.

They learnt about presence of terrorists and their facilitators in Jatt Bazar near Awaran in Balochistan,

Due to intense exchange of fire with terrorists during operation, Lance Naik Muhammad Iqbal sustained injuries.

The personnel immediately evacuated him to Karachi.

However, he embraced shahadat due to excessive bleeding.

Nation urged to move ahead towards a tolerant and peaceful Pakistan