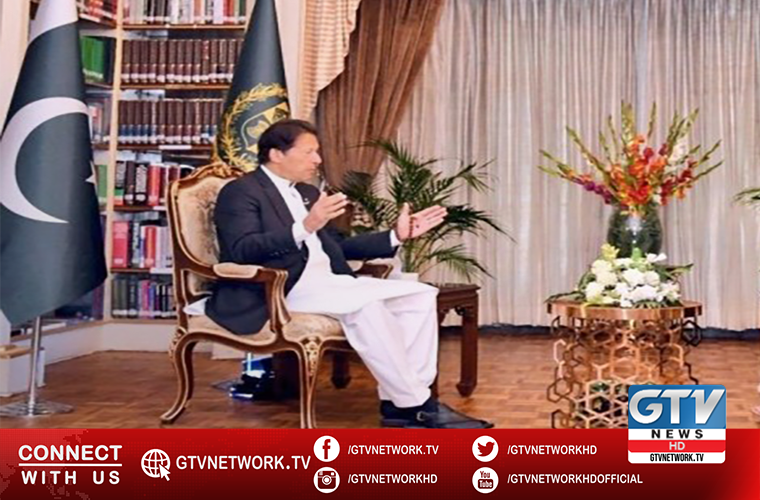 He reiterated the decades-old stance of Pakistan, while answering a question about Israel.

In an interview with a private TV channel, he made it clear that Pakistan would not recognize the state of Israel until Palestinian rights are guaranteed.

About Kashmir issue, the Prime Minister credited himself and his government to globalize the issue of Kashmir.

He noted it for the first time after 50 years that Kashmir has become an international issue.

He mentioned full implementation of the Ehsaas program, industrialization and an increase in exports among top priorities of the government.

He further said completion of mega projects like big dams, Ravi Riverfront city and Bundle Island will usher in a new era of progress in the country.

Moreover, the PM also replied to a question about the Senate election.

He said that open ballot in Senate elections would bring an end to corruption.

Moreover, the Prime Minister underlined it the discretion of the government to decide when to hold the Senate elections.

He said majority of members of National and provincial assemblies would not tender resignations.

While answering another question, the Prime Minister defended the institution of military.

He said the military a part of the government and it always helped the civil institutions in hard times.