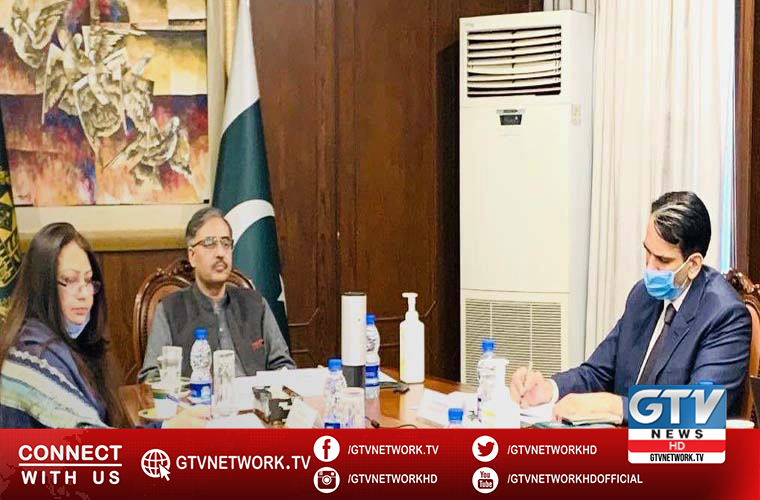 Specially, they discussed cooperation in the political, trade and economic, energy, defence, education and culture arenas.

They acknowledged the bilateral political relations of exemplary quality.

Furthermore, the two sides affirmed the resolve to take the overall relationship to a new level.

Meanwhile, the Foreign Secretary reiterated Pakistan’s principled support on the issue of Nagorno-Karabakh.

He also extended felicitations on the historic success in liberation of Azerbaijan’s occupied territories.

Deputy Foreign Minister Hasanov thanked for Pakistan’s support, which won profound admiration by the government and people of Azerbaijan.

Discussing the existing state of play in the economic cooperation, the two sides agreed to enhance and diversify bilateral trade to its optimal potential and expand cooperation in the fields of energy, agriculture, science and technology, railways and education.

The Foreign Secretary recognized Azerbaijan’s valuable support to Pakistan on the Indian Illegally Occupied Jammu and Kashmir at various international fora, including at the OIC Contact Group on Jammu and Kashmir.

The Foreign Secretary stressed that the international community needed to take practical steps to address the grave situation and to facilitate peaceful resolution of the Jammu and Kashmir dispute in accordance with UN Security Council resolutions and the wishes of the Kashmiri people.

The Foreign Secretary also highlighted Pakistan’s positive contribution to the Afghan peace process with the objective of an inclusive and broad-based political settlement geared to bring lasting peace and stability in Afghanistan.

Both sides reaffirmed their commitment to pursue opportunities and possibilities for imparting greater depth and substance to the bilateral relationship.