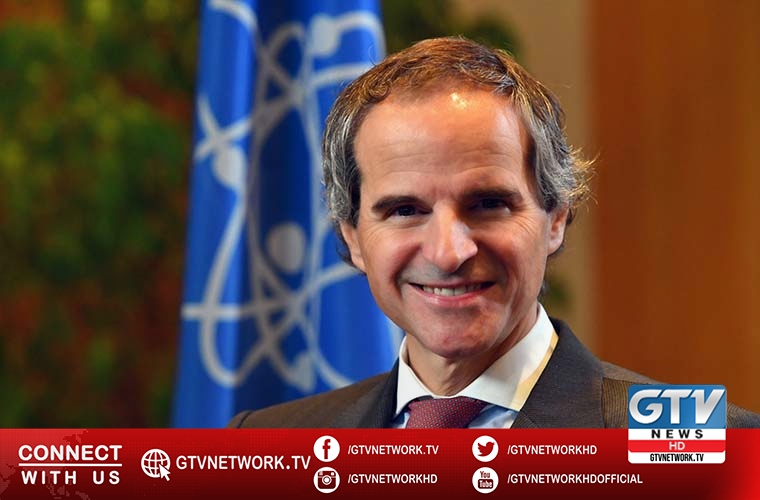 The head of the International Atomic Energy Agency (IAEA) Director General Rafael Mariano Grossi said this in an interview with CBS television network.

He said that the world has become a more dangerous place partly due to President Donald Trump’s policies.

However, he he urged President-elect Joe Biden to return to nuclear negotiations with Iran.

Furthermore, he said that Trump’s unilateral withdrawal from the international nuclear agreement with Tehran had intensified the danger.

“Iran is moving on with its nuclear programme. As you know, this is not working, or operating in a vacuum. This is done in the framework of an agreement, which was signed by the P-5 [the five permanent members of the UN Security Council: US, UK, France, Russia, and China plus Germany… back in 2015,” Grossi was quoted as saying by CBS News.

“You remember that the United States withdrew from this agreement back in 2018, a couple of years ago, and then from that moment on, Iran, as a reply, as a response to this, decided to gradually start diminishing its compliance with this agreement,” he added.

Iranian President Hassan Rouhani said Wednesday, meanwhile, that while his country is “not excited” Biden’s ascent to the White House, “we are happy to see Trump leave office… because he has no commitment even to moral and humanitarian principles.”

Rouhani expressed hope that the incoming administration would honour previous U.S. commitments, and insisted that Iran wants “security and stability in the entire world, and constructive dialogue with the countries willing to choose the path of dialogue.”

Meanwhile, asked about his message to US President-elect Joe Biden, Grossi thinks he has indicated what his intentions are.

“A dialogue with us will be indispensable. Because since… the agreement was first signed, and the implementation of that agreement happened, to now, a lot has changed… The situation on the ground has changed.

“So, the negotiators, the policymakers in Washington and elsewhere, and in the other capitals including Tehran, will have to base themselves on the new situation on the ground.”

The IAEA chief also told CBS News that his agency was helping more than 130 countries test their citizens for coronavirus, offering both capacity for the gold standard “real-time PCR” lab testing, which was developed using nuclear technology, and expertise.