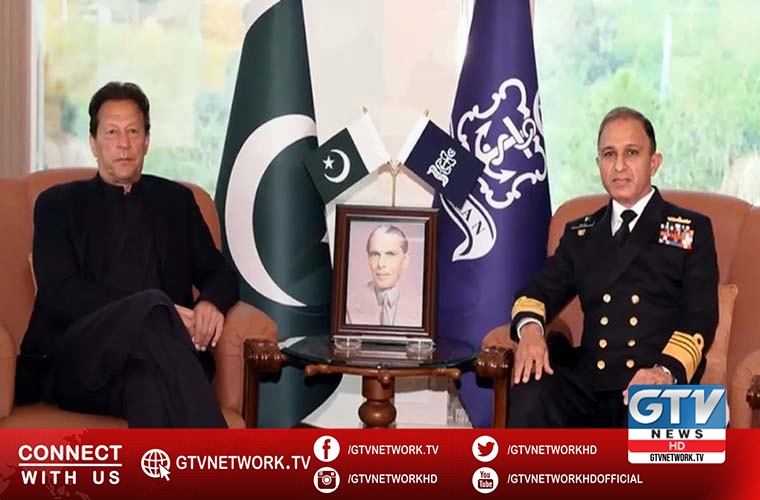 During his visit to Naval Headquarters in Islamabad on Monday, he commended the navy for provision of security to China-Pakistan Economic Corridor (CPEC) project, including Gwadar Port.

Meanwhile, the concerned personnel gave a detailed briefing about Pakistan Navy’s initiatives for the development of maritime sector.

Prime Minister assured to continue to provide all possible cooperation to the naval force.

Moreover, he said given its importance for economic development, the government is trying to promote the maritime sector.