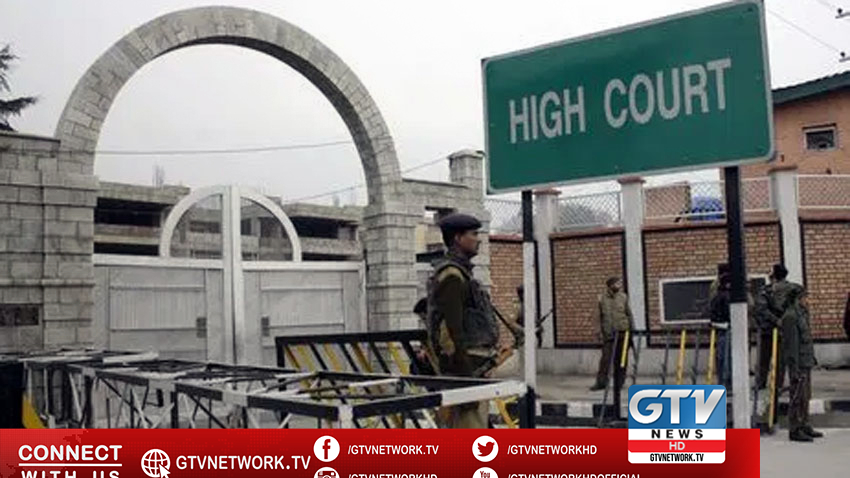 The spokesman of High Court Bar Association Ghulam Nabi Shaheen said this in a statement.

He said that judges in the territory have stopped acting independently since the August 2019 clampdown imposed by the Indian government.

Ghulam Nabi Shaheen said this, while reacting to the reports that a principal sessions judge in Srinagar has passed an order.

That complained that a high court judge obstructed him from granting bail to an individual, raising questions over the judiciary’s functioning in IIOJK post-August 05, 2019.

Meanwhile, an India soldier died due to cardiac arrest during a cordon and search operation in South Kashmir’s Shopian district, last night.

Officials said that a soldier of 162 Territorial Army suffered massive cardiac arrest during the CASO in Chitragam area of Zanipora.

Meanwhile, the Jammu and Kashmir Civil Society Forum has expressed concern over the eviction of people living in forest areas of the territory.

In a statement issued in Srinagar, The JKCSF Chairman, Abdul Qayoom Wani said this.

He further said the real estate of IIOJK belongs to the people of the territory by virtue of its history, heritage and ownership.

Meanwhile, the authorities have extended the ban on high speed internet service in the territory till December 25, 2020.

India use COVID19 as an opportunity to foment anti Muslim sentiments