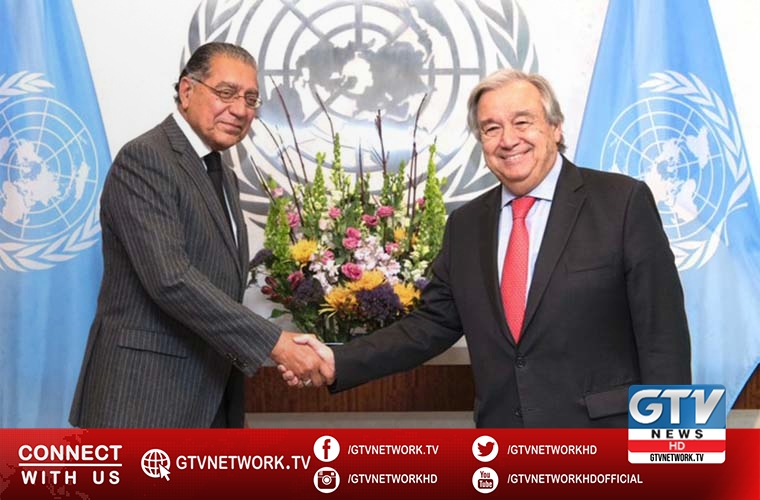 Pakistan reaffirms commitment to end violence against women and girls.

Ambassador Munir Akram of Pakistan at the UN reiterated this pledge, while addressing the “Group of Friends.”

Pakistan has joined a key group launched at the United Nations to coordinate actions aimed at the elimination of violence against women and girls. That has intensified since the outbreak of coronavirus pandemic.

Seventy-seven UN Member States and observers have already joined the “Group of Friends.”

It meets on quarterly basis, according to the organizers.

Some international and regional organizations as well as civil society groups have also expressed their interest to partake in this initiative.

Munir Akram vowed that we continue to support all efforts that aim to end violence against women.

He also noted that Covid-19 has had a disproportionate impact on the most vulnerable.

But Pakistani envoy also noted it evident from the sharp spike in domestic violence and abuse against women and girls during lockdowns.

Pakistan is following a whole of government approach to ensure that women and girls have necessary protections available to them.

He said that the government eyes protection for them against violence, harassment and abuse.

Recovery response remains focused on the well-being and protection of women.

She is also working to promote their well-being, especially during the current pandemic.

The Ambassador said we are progressively strengthening pro-women legislation.

“Under the leadership of the Special Assistant to the Prime Minister on Poverty Alleviation and Social Development, Dr. Sania Nishtar, we are taking concrete measures to uplift women from the shackles of poverty,” the Pakistani envoy added.

Through the flagship Ehsaas Programme, he said, the government is reaching out to millions of underprivileged women and providing them cash assistance and social protection within their homes. More than 7 million women have received assistance through this programme in which the government has so far rolled out Rs.144 billion.

PM says Pakistan has huge potential and open for business