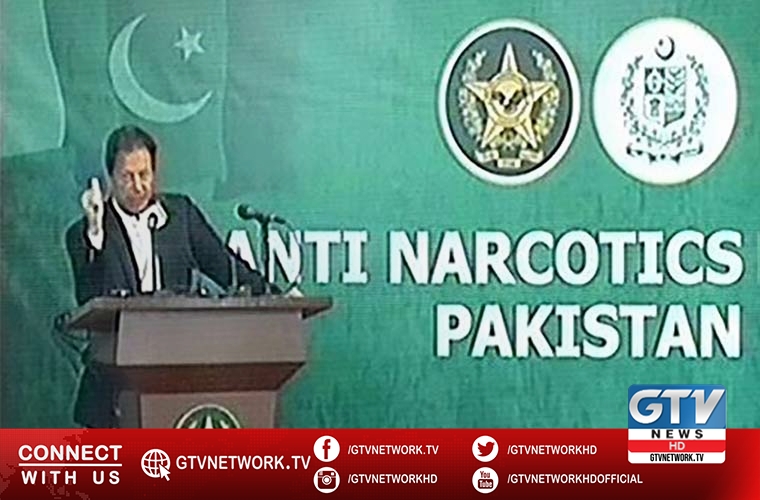 The PM made this appeal, while addressing a ceremony at the Anti-Narcotics Force Headquarters, Rawalpindi, after inaugurating new building there, on Monday.

Prime Minister Imran Khan underlined it a collective responsibility of the society to fight against the menace of narcotics.

He vowed that we will together fight the cancer of drugs in the society as we have to protect our youth.

Moreover, the PM said the government would enhance strength of the Anti-Narcotics Force.

H said that supportive ministries will play their due role for drug control.

Meanwhile, he expressed concern over of the use of synthetic drug ice in educational institutions.

Furthermore, he said the figures of drug addicts in Pakistan have soared to seven million.

Imran Khan said use of drugs is a silent killer and a drug addict in a family destroys the entire family.

Ambassador Naghmana Hashmi thanks China for medical supplies to Pakistan