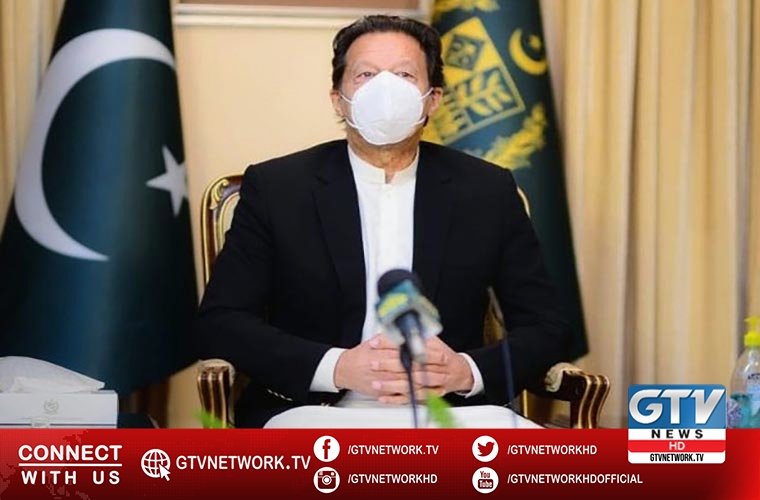 He made this assurance, while addressing the newly sworn in cabinet members of GB government.

The PM said the new status would uplift the GB at par with other provinces.

He announced to assign the task to an exclusive committee to work out the formalities for the provisional provincial status on timeline-basis that would meet the longstanding demand of the people.

After national anthem and recitation of Quranic verses, the GB governor administered the oath to the 12-member cabinet.

He hoped that they would set new traditions and standards of public service there to win the people’s hearts as well as the prayers.

He resolved that the PTI government would put the GB region on a development course, that would change people’s lives altogether through multiple projects in tourism, power, economic and health projects.

Reiterating his vision of Madina State model for Pakistan by uplifting the poor, he announced to launch anti-poverty Ehsaas Program in GB besides giving Sehat Insaf Card for Rs 10 million health insurance cover to whole of GB population.

The prime minister said his government’s another major focus would be the exploitation of immense tourism potential of GB which attracted huge number of local and foreign tourists particularly in summer.

He said the government would extend easy loans to the people to build guest rooms to accommodate tourists and help build economy on which the federal government would update the chief minister in detail.

Moreover, he said the federal government was also in talks with an Austrian company, specialized in developing skiing resorts.

That company had shown interest in GB observing that the area could host a skiing games for expanded time due to prolonged snow cover there contrary to other regions.

In such a case, tourism would also flourish even in the winter season, he added.

Moreover, the prime minister said a 250-bed hospital in Skardu would be completed soon that would be further expanded as per needs.

He said considering huge hydro power potential in GB, two hydro power plants were in progress, two more were in pipeline and another two had been approved for total power generation of 300MW to meet whole GB needs.

Besides, micro hydel power stations would also be installed in villages on the model of Khyber Pakhtunkhwa, he added.