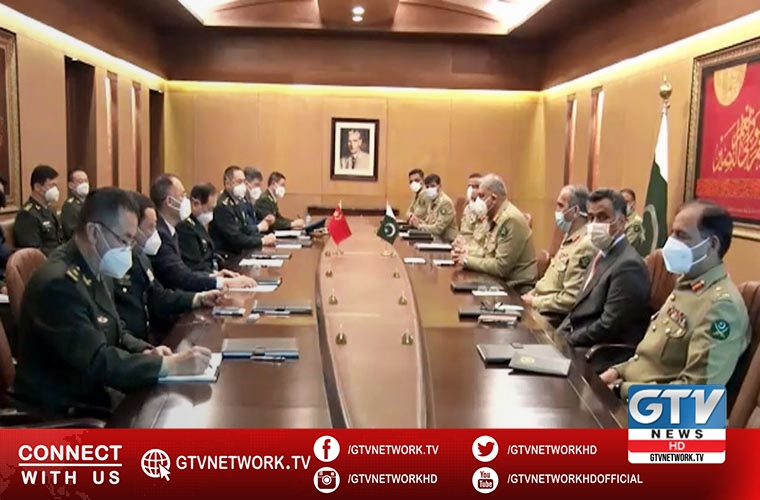 Pakistan Army Chief thanked the dignitary for China’s unwavering support to Pakistan on all key issues at regional and international forums.

He reiterated that Pakistan and China have been standing together all along and their relations will be no different in wake of future challenges.

Later on, a Memorandum of Understanding was also signed for enhancement of defence cooperation between both the Armies.

Earlier on arrival at GHQ, Minister of National Defence, laid a floral wreath at Yadgar-e-Shuhada.

A smartly turned out contingent of Pakistan Army presented the Guard of Honour to visiting dignitary.