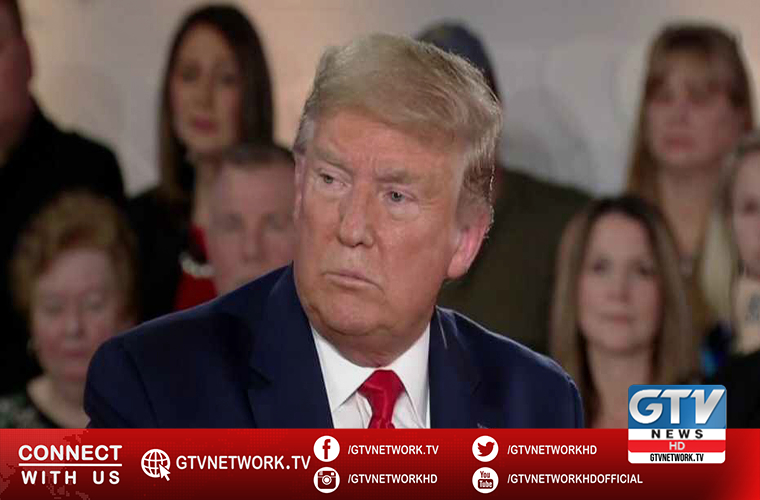 However, he continued to cast doubt on the election result.

Trump, who was responding to reporters’ questions in Washington following a series of video conferences with military service members on Thanksgiving, an American holiday, assuring he would leave the presidency on Jan. 20.

“Certainly I will, and you know that,” he said.

The president, however, went on to say “it’s going to be a very hard thing to concede.”

Furthermore, he declared that the Electoral College would be making a “mistake” by voting for Biden.

(In the United States, a candidate becomes president by securing the most “electoral” votes rather than by winning a majority of the national popular vote.

Electors, allotted to the 50 states and the District of Columbia largely based on their population, are party loyalists who pledge to support the candidate who won the popular vote in their state.)

During the exchange with reporters, Trump continued to allege “massive fraud” related to the election and said his challenges in key states would continue.
“You’re going to see things happening over the next week or two that are going to be shocking to people,” said Trump.

Whether Trump to attend Biden’s inauguration

When asked whether he would attend Biden’s inauguration Trump replied, “I know the answer,” but declined to share it with reporters.

Trump’s comments came amid steps taken this week to move along the transition of power including the General Services Administration releasing transition funds to Biden and Trump allowing the president-elect to begin receiving the President’s Daily Brief.

After Thanksgiving Trump said he plans to travel to Georgia to hold a campaign-style rally, which he suggested would be in support of the state’s two Republican incumbent senators who face runoff races.

“Speaking of Georgia, we’re going there. I spoke with the two great senators today. I’ll probably be going on Saturday,” he said.

Meanwhile, desperate efforts by Trump and his aides to overturn results in key states, either by lawsuits or by pressuring state legislators, have failed. Now, he is running out of options.

Biden and Trump both stayed close to home to celebrate Thanksgiving on Thursday as the coronavirus pandemic raged across the country.

India grants 25 thousand Kashmiri domiciles to non Kashmiris since May